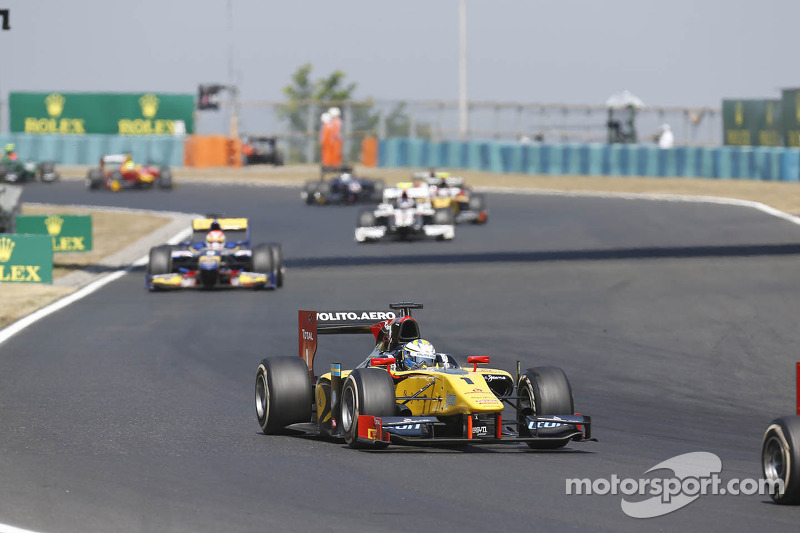 The French squad is back to the top positions after a somewhat troubled start of the year.

A toughly fought second place on Saturday and a fourth on Sunday for Marcus Ericsson added to a top five for Stéphane Richelmi made a good weekend for DAMS in Hungary. That confirmed the nice shape they showed three weeks ago in Germany as well as promoting the team to 5th in the teams championship and Marcus Ericsson to 7th in the drivers' championship. Thus the French squad is back to the top positions after a somewhat troubled start of the year. A nice way to enjoy the summer break. 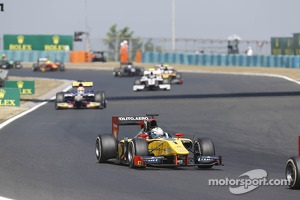 After strong top 10 positions in practice, Marcus and Stéphane showed consistent and quick pace in qualifications and earned 4th and 6th place on the grid respectively. However, the race result would depend mostly on tyre strategy. Starting on the soft compound, Marcus suffered high degradation very early and therefore pitted accordingly to change for medium. Pushing very hard right after exiting the pit lane he then took the lead thanks to some brilliant moves. However, he had to let Palmer past as the latter was on a different strategy and benefited from fresher tyres. Finally, Marcus secured a second place after more hard fights vs Nasr. Stéphane on his part drove consistently with the leaders and clinched a strong fifth position at the chequered flag missing out on podium for just a few seconds.

As for the feature race, Sunday's sprint race happened to be a rubber story as well. Starting aggressively, the front row drivers quickly opened a gap of 10+ seconds. In the furious chasing pack, Marcus fought his way up to 4th. But then he had to save his tyres as every team got concerns on degradation. This happened to be unproductive as the leaders rubbers never showed any weakness sign.

Marcus could however grab some good points with a 4th finish. Stéphane had a more troubled race as he was hit at Turn 1 and then suffered from a damaged steering wheel which cost him positions and he ended 9th, just two seconds short from the final point for 8th. Nevertheless, the weekend brought more positives for the team such as a car as quick as always and some nice perspective for the rest of the season.

François Sicard, Managing Director: "Congratulations to the whole crew and drivers for a successful weekend. We opted for a strategy aiming to bring lots of points in both races and it worked well. We had good pit stops and the drivers ran brilliantly especially on Saturday packing a strong result for the team.

That allows us to get back to positions in line with our expectations. We now have to keep that momentum after the summer break so that we can catch up a final top three in the teams' championship. Marcus and Stéphane as well might also get back to a top five in the drivers' championship."

Marcus Ericsson: "Many thanks to the team for their very good job. We had a very strong car and I could push as much as I could in the feature race. A huge tyre degradation was expected on Sunday but it never happened. So when I started to push again it was already too late to fight for the podium. However Saturday's podium shows that we are definitely back on track and we will fight until the end of the season."

Stéphane Richelmi: "Overall the result isn't too bad but it left me a bit hungry for more. The car worked pretty well in the feature race but I got a bit stuck in traffic out of the pit stop and then I had to settle for fifth as overtaking on the Hungaroring is very tricky. On Sunday I was hit at Turn 1 and my steering wheel got damaged so I lost some places. It's a shame as I should have easily finished with points. Hopefully we will get the record straight at Spa Francorchamps."