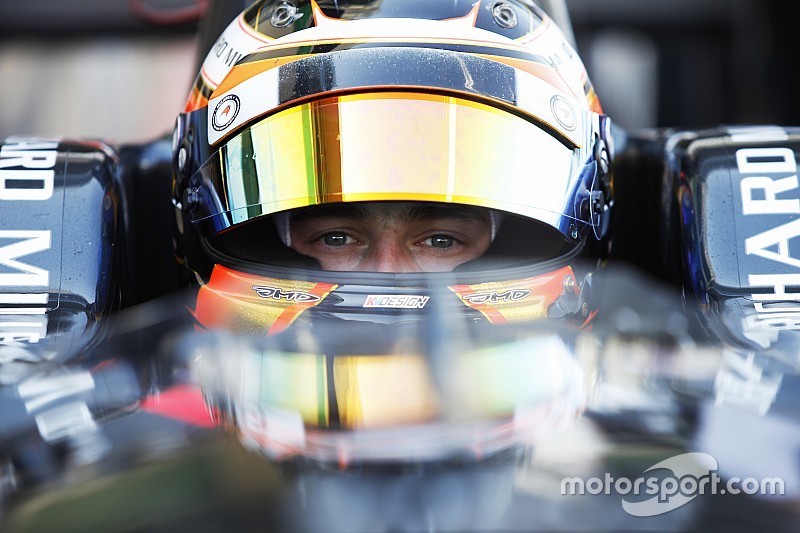 GP2 champion Stoffel Vandoorne was triumphant in his penultimate GP2 race at Yas Marina, taking over as the all-time leader in GP2 victories.

The Belgian now has 11 GP2 wins under his belt - with the previous record having stood at 10, courtesy of current F1 driver Pastor Maldonado - and has also brought his 2015 win tally to seven victories, which is another series best.

DAMS driver Pierre Gasly had reigned supreme in qualifying, but ended up maintaining an unfortunate streak in the race as he failed to convert pole into a victory for a fifth consecutive time.

Off the line, Gasly suffered serious wheelspin, but managed to keep his nose ahead of Vandoorne's ART machine and chopped the Belgian off into Turn 1, ensuring he kept the lead.

However, Vandoorne kept up with the Frenchman early on and, with DRS enabled on Lap 3, immediately attempted an overtake into Turn 11, albeit to no avail.

The next time around, he pulled off a surprise move on Gasly into the hairpin, getting DRS and then pouncing up the Frenchman's inside - with the Red Bull junior unable to respond and surrendering to Mitch Evans as well.

The following lap proved painful for Gasly, who tumbled down the order along with teammate Alex Lynn, both of them having started on options and suffering serious tyre wear.

Vandoorne, Evans and Gasly took to the pits on lap six, handing the lead to prime-tyre runner Raffaele Marciello, who shrugged off earlier contact with Jordan King.

And the virtual safety car came out as the trio were changing their tyres - as Norman Nato and Nicholas Latifi came together in the final corner.

As the race got back underway, Marciello headed the field, while Vandoorne and his chasers quickly caught up and started carving through traffic.

Neither the Belgian, nor his main rival Evans encountered much difficulty in passing through the field, but Gasly got himself stacked up behind Gustav Malja - and was passed by Alexander Rossi, who had previously pulled off an audacious move on Rio Haryanto at the VSC restart.

With six laps to go, Marciello pitted out of the lead and rejoined between Vandoorne and Evans.

However, despite Marciello being on much fresher tyres, Vandoorne managed to pick up the pace on his worn primes and held firm to win by a stellar nine seconds.

Marciello, who is believed to be leaving the Ferrari Driver Academy at the end of the year, recorded his first feature race podium of the year in second, while Evans held off Rossi to claim fourth.

Gasly finished fifth and, despite incurring a five-second penalty for speeding in the pits, would end up keeping the spot.

Jordan King held off Rio Haryanto and Lynn for sixth, while Andre Negrao and Nathanael Berthon completed the top 10.