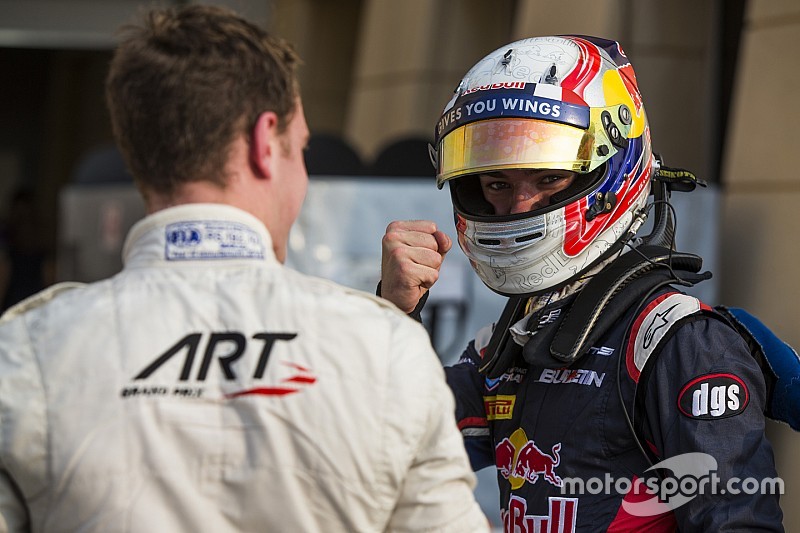 Gasly, who was the standout in GP2 testing in Abu Dhabi leading up to the 2015 season, smashed the existing Yas Marina track record on his way to the DAMS squad's fourth consecutive pole.

Qualifying was expected to be a toss-up between Gasly and series champion Vandoorne, since the duo had dominated practice, and both duly delivered early on.

Gasly immediately went below the existing track record at the start of the session, while Vandoorne scuppered his first flying lap with a lock-up, only to move to second place with a proper attempt.

While the rest of the field sat at half a second back, Gasly's teammate Alex Lynn rose to the occasion during the final minutes, closing in on the Frenchman's time.

But Gasly, despite nearly having an off in the final sector, punched in a benchmark 1m47.769s - and Vandoorne, subsequently coming up a tenth short, settled for a front row start, pulling into the pits well before the chequered flag.

A last-ditch effort from Mitch Evans allowed him to nab third place from Lynn, albeit he was still 0.245s off Gasly.

While Nobuharu Matsushita and Artem Markelov made up the top 10, Sergey Sirotkin - who sits as the championship's top rookie - finished 12th behind Andre Negrao.