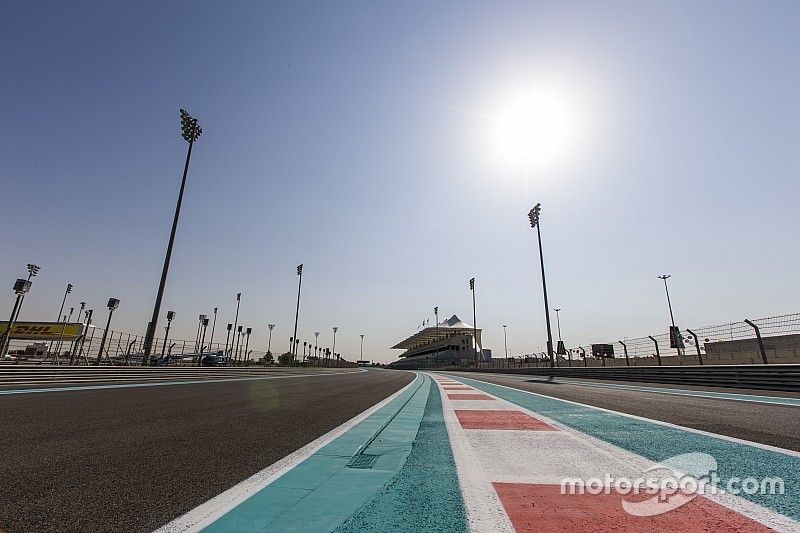 The final race of the 2015 GP2 season has been called off after a big crash on the first lap resulted in serious barrier damage.

All of one racing lap was completed, led by Alex Lynn, and it was insufficient for the results to be counted towards the points classification.

The opening lap pile-up was triggered by Lynn's teammate - feature race poleman Pierre Gasly - who struggled with wheelspin off the line and then spun around while fighting Raffaele Marciello at Turn 2.

The Frenchman ended up going around and rolling back into the pack, which sent Daniel de Jong, Norman Nato, Nicholas Latifi and Sean Gelael straight into the barriers.

Sergey Sirotkin took avoiding action, as did Arthur Pic, who then hit Sirotkin while rejoining and took him out of the race.

The red flag came out after the first lap and, after a lengthy survey of the barrier damage, the race was officially called off.

As such, Rapax driver Sirotkin has kept third in the standings behind champion Stoffel Vandoorne, who had stalled off the line, and Alexander Rossi.

Rio Haryanto finished the season in fourth, with Mitch Evans in fifth and Lynn sixth, the Briton having finished level on points with Marciello and Gasly but edging ahead due to his two wins.