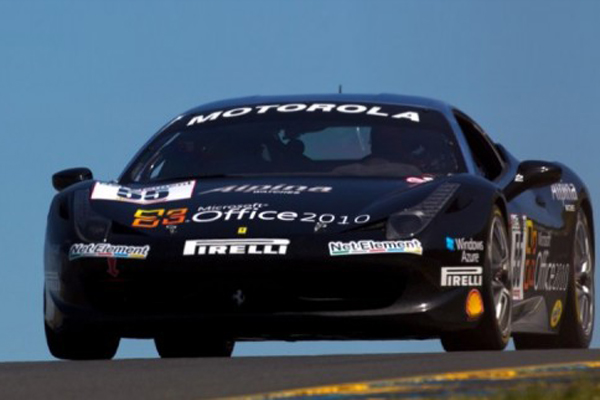 There’s been no let up in sight for Scott Tucker and Level 5 Motorsports as they continue their global tour. Fresh off Sunday’s podium finish at the Six Hours of Imola, the three-time national driving champion gears up for a return to Ferrari Challenge competition this weekend on the streets of Toronto. 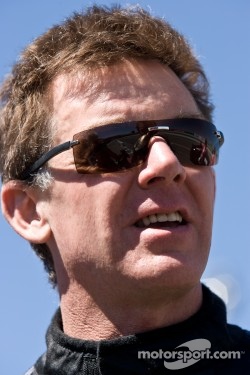 Tucker and a host of other drivers will be part of the history-making event, which sees the prominent North American championship run its first street race in the high-profile Honda Indy Toronto weekend with the IZOD IndyCar Series.

Now in its 25th year, the 1.755-mile, 11-turn course, contested on the streets surrounding Exhibition Place, will play host to Ferrari Challenge for the first time. It comes just one month after the brace of Ferrari F430 and 458 Challenge cars took part in a support race to the Formula One Canadian Grand Prix.

While Tucker missed the Montreal round, having instead earned a debut podium finish at the 24 Hours of Le Mans that weekend, development of Boardwalk Ferrari Level 5 Motorsports’ new 458 Challenge car hasn’t been standing still, either, despite their busy international travel schedule.

“It’s been a very exciting past month with our podiums in the ILMC, but I’m really looking forward to getting back into the Boardwalk Ferrari 458 Challenge car,” said Tucker, who also finished fourth in the Ferrari Challenge Trofeo Pirelli support race at Le Mans. “We’ve been working hard to make our car more competitive and I’m hopeful that this weekend could be the start of a good turnaround.”

Tucker, along with driver coach Ed Zabinski, completed a successful test at Heartland Park Topeka late last month, racking up valuable mileage with the team’s pair of Prancing Horses. After battling oversteering conditions at their last race at Laguna Seca, which cost Tucker a likely podium finish in Race 2, the team got to the bottom of the issue, along with other technical glitches that kept its Microsoft Office 2010-sponsored car from performing to its maximum.

I’m hopeful that this weekend could be the start of a good turnaround.

“We needed to spend some time evaluating the components and to go through the different combinations that made the most sense,” said team engineer Rick Mayer. “We had a pretty big matrix, but we managed to get most of it done and came away with a good mental model of what can be improved on for the remainder of the year.”

While Tucker, the most successful driver in Ferrari Challenge history, scored the first win for the new 458 Challenge car at the season opener at Infineon Raceway in April, there is optimism within the Boardwalk Ferrari Level 5 Motorsports camp that a second victory could be right around the corner, possibly this weekend. Tucker missed two points races at Montreal when he was at Le Mans and currently sits fifth in the 458 Challenge Standings.

“We’ve done a lot of testing since the last race and are hopeful that it will help bring us to the front of the pack where Scott’s driving ability is,” said team manager David Stone. “We didn’t have the right car at Laguna Seca, so we spent a lot of time since then making developments. We found a couple of technical issues that we had going on with the car that we believe have been corrected. It’s now just down to seeing how it performs on track this weekend.”