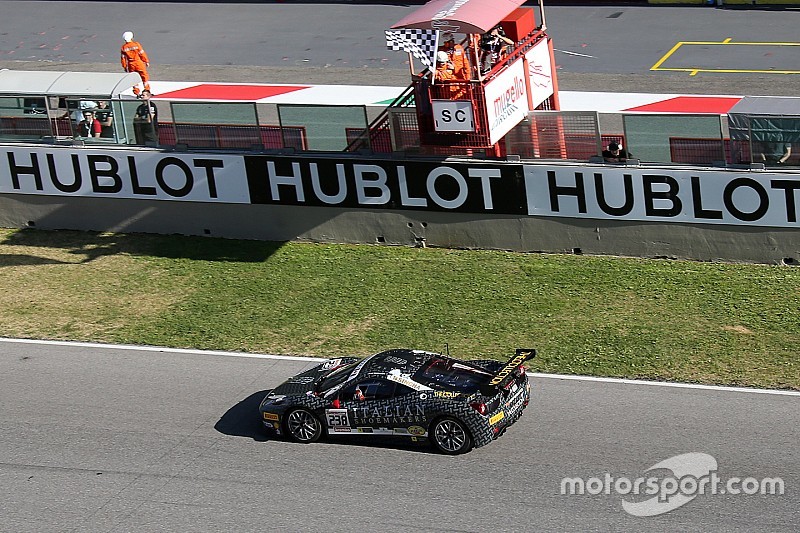 From pole position, Romanelli was never headed throughout the 30 minute race, consistently stretching his lead over nearest challenger Emmanuel Anassis.

By half distance, Romanelli was five seconds to the good, ultimately taking the chequered flag by a comfortable margin of 12 seconds from Anassis.

Behind the leading duo was a close battle for third between John Weiland and Anthony Imperato, but the pair came to blows on the final lap - allowing John Farano through to take the final spot on the overall podium.

Weiland went on to finish fourth, but Imperato was demoted to 11th as a result of the contact, denying him a shot at taking the Trofeo Pirelli Am title away from the Ferrari #208.

Dirk Adamski, meanwhile, was the winner of the European Coppa Shell competition, passing Ross Garber for fifth overall late on. Jacques Duyver finished second in class, but only after diving up the inside of Friday's race winner Gautam Singhania and causing the Indian to spin.

Ferrari GT: It’s all about the Scuderia for Bruni, Rigon and Bertolini