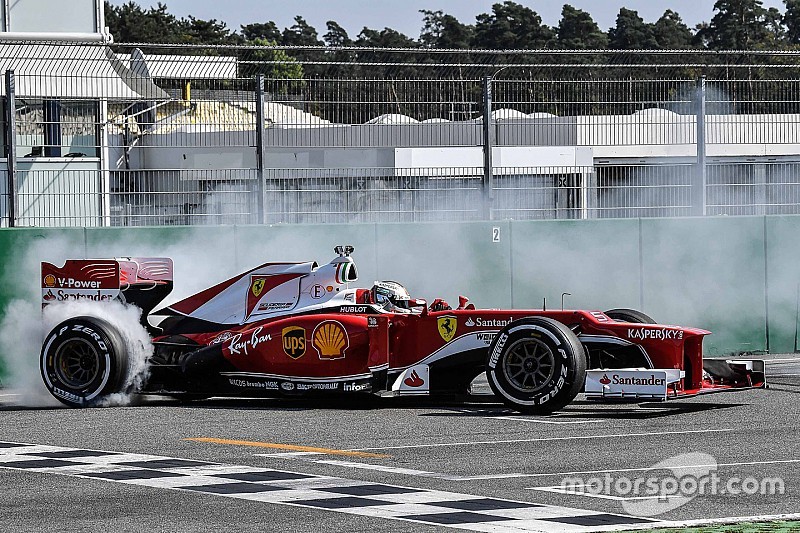 The 2016 edition of the Finali Mondiali, the first to be organized in the Americas, will be held at Daytona International Speedway on December 1-4. Four days of excitement and entertainment that only Ferrari can deliver, will be dedicated to clients, supporters, and tifosi.

Among the most anticipated events of the Finali Mondiali weekend will undoubtedly be the exhibition featuring the Scuderia Ferrari Formula 1 cars which will take to the track for the first time on the most famous tri-oval in the world. The Scuderia Ferrari has been in Formula 1 since 1950, the first year of the world championship. It has competed in 925 Grand Prix, winning 224 of them, and its trophy case displays 16 manufacturers' titles and 15 drivers' titles – a haul that makes the Scuderia the winningest team in the history of this sport.

At Daytona the cars of the Scuderia will put on a display with thrilling rubber-burning starts, lightning-fast accelerations, and spectacular pit stop demonstrations by the Scuderia's phenomenal mechanics. In addition, there will be the show on the track with its thrilling parabolic turns.

Sports, passion, and competition all combine during the six races of the Ferrari Challenge as well as when the XX Programme cars take to the track. The FXX, the 599XX, and the FXX K, the latest creation in the cutting-edge client development program of the Prancing Horse, will show-off their design, power and technology which include the hybrid system of the FXX K – derived directly from the experience acquired by Scuderia Ferrari in Formula 1. These are just some of the elements that will celebrate the conclusion of the racing season of the Ferrari Challenge Trofeo Pirelli with the last races in the three series: Europe, North America, and Asia-Pacific.

For the finale on Sunday, a record number of 458 Challenge EVOs will be on track in pursuit of the coveted world championship title. The 488 Challenge next generation racer will likewise be unveiled. Also on track will be the Formula 1 show: Scuderia Ferrari will put on a display with its mechanics and drivers at center stage to demonstrate pit stops, mind-boggling accelerations, and top-speed laps on the mythical Daytona tri-oval where Ferrari Formula 1 cars will reach top speed on its high banks for the first time.

The Competizioni GT cars will also be there, after participating throughout the year in the most prestigious championships. The official GT drivers will join the Daytona celebrations: the WEC stars who race the 488 GTE, “Gimmi" Bruni, James Calado, Sam Bird, and Davide Rigon as well as the IMSA championship stars Toni Vilander and Giancarlo Fisichella.

Many additional events are set from the paddock to the infield including a Concorso d’Eleganza of prized classic Ferraris, activities devoted to the youngest fans, a Ferrari store, and a display of road cars including the brand new GTC4Lusso T, a selection of the 70th Anniversary liveries and LaFerrari Aperta, all of which will be seen for the first time on American soil.