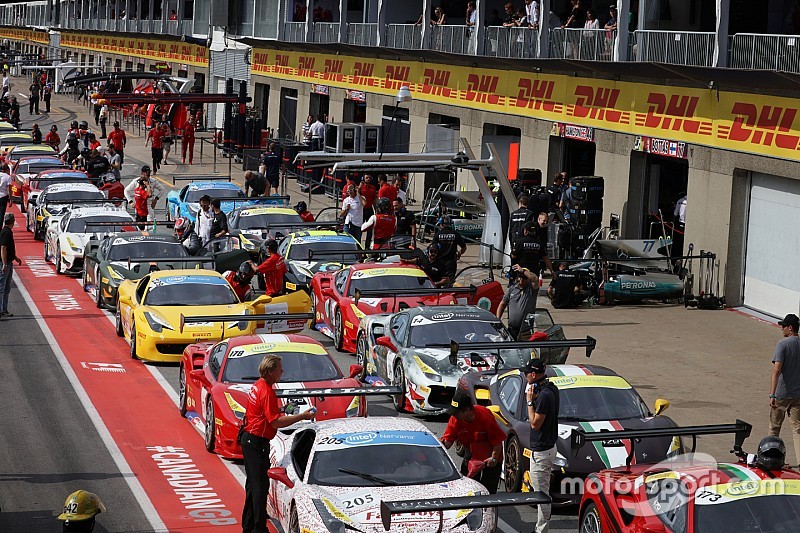 But before we get into the details of this upcoming race, here's a rundown of where everyone sits after an action-packed weekend of racing at Laguna Seca, where nearly 70 race cars took to the track.

After a victory in Race 1 at Laguna Seca, Cooper MacNeil, driving for Scuderia Corsa - Ferrari of Beverly Hills, enters the fourth round of 2018 with the championship lead in the Trofeo Pirelli division.

Peter Ludwig of Wide World Ferrari won the second race of the weekend in California and now sits second in the standings, three points shy of series of leader MacNeil.

In the AM division, Rob Hodes of Scuderia CAVA - Ferrari of Washington leads the way after finishes of second and third in class (ninth and 12th overall). He is trailed by Ferrari of Denver's John Boyd by 21 points in their respective title fight.

Scuderia Corsa - Ferrari of Beverly Hills' Thomas Tippl continued a remarkable run at Laguna Seca, sweeping the weekend in the Coppa Shell category and extended his streak of victories in five in succession. This allowed him to extend his championship lead over Ferrari North America's Michael Fassbender to an impressive 46 points.

Ferrari of Long Island's John Megrue also enters Montreal with some momentum, having taken both class victories in the Coppa Shell-AM division at Laguna Seca (sixth and seventh overall) and extending his points lead to nine markers over Miller Motorcars' Dale Katechis.

The Ferrari Challenge 458 drivers are off and will not be present at Montreal, but will return later this year at Watkins Glen International.

On Saturday, they will qualify just before the F1 stars get their opportunity to go for pole as well, which will immediately precede Race 1 for the Ferrari Challenge drivers.

On Sunday, Race 2 will follow Formule Tour 1600 and Porsche GT3 Cup action as the final event before the lights go out for Formula 1's Canadian GP. Each of the weekend's races will last 25 minutes.

There are 45 teams entered for this weekend's event.