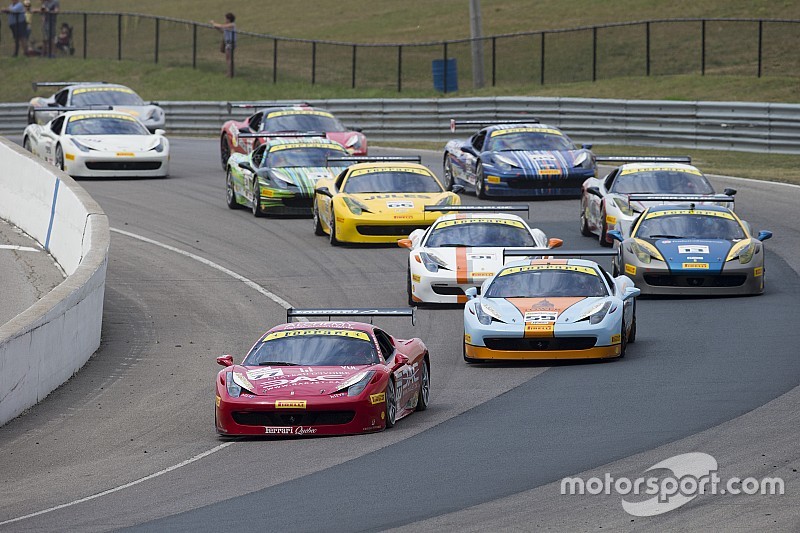 The Circuit-Mont Tremblant in Canada is the perfect location for the penultimate round of the North American Ferrari Challenge on continental soil before the Finali Mondiali that will be at Mugello, Italy.

Mont Tremblant, – The sixth round of the North American Ferrari Challenge returns to Circuit-Mont Tremblant in the heart of Quebec’s most lustrous ski mountains. The racetrack is regarded as one of the finest racing circuits in North America and has seen some of the greatest names in racing drive their way around the demanding 4.26-kilometer layout.

Famous Ferrari names, including Villenveuve, Andretti, and Ickx, have all race here on what Michael Schumacher described as the “Little Nurburgring”. It’s make this the perfect location for the penultimate round of the North American Ferrari Challenge on continental soil before the Finali Mondiali that will be at Mugello at the first days of November.

Trofeo Pirelli. Local Quebecois, Emmanuel Anassis of Ferrari Quebec, still holds the lead for the Trofeo Pirelli class. With 183 points, Anassis has remained the frontrunner his class all season long. And standing behind him with 113 points is his biggest competitor from The Collection, Gregory Romenlli. John Farano from Ferrari of Ft. Lauderale closes the triple point contention, standing in third place with 103 points.

Pirelli Am. The competition remains just as fierce for the drivers of the Trofeo Pirelli Am category. With several wins under his belt, including his latest podium finish in Mosport, Mike Zoi leads with 137 points. But Anthony Imperato from Ferrari of Long Island and Marc Muzzo from Ferrari of Ontario continue to chase for the championship win. Having raced in Mont Tremblant before, the drivers are ready to showcase their talent and fervor for the ultimate victory.

Coppa Shell. Chris Cagnazzi from Ferrari of Long Island and Joe Courtney from Miller Motor Cars continue the tight pursuit in the Coppa Shell class. Only a three-point difference defines their current driver’s championship standing. Jean-Claude Saada from Boardwalk Ferrari and Dan O’Neal from Ferrari of Ft. Lauderdale also hold one of the closest battles in their class. Saada leads his rival by just two points.