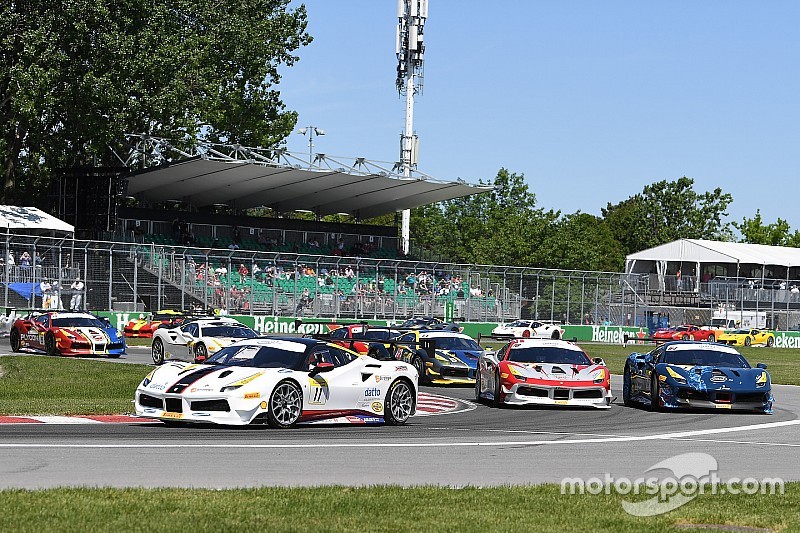 The race weekend saw both the usual suspects rising to the occasion and a few surprises on the podium in all four classes. The racing kicked off on Saturday with an action-packed race that saw several incidents in the early laps.

Points leader Cooper MacNeil of Scuderia Corsa - Ferrari of Beverly Hills dominated the event in the Trofeo Pirelli class, leading every lap from pole and extending his lead in the championship. Title rival Peter Ludwig of Wide World Ferrari finished second, four seconds adrift of the race winner. Ferrari of Ontario's Marc Muzzo rounded out the podium in third.

MacNeil and Ludwig did battle again on Sunday in Race 2 with MacNeil once again emerging with the upper hand, but only one second clear of the Wide World Ferrari driver. 13 points now separate the two drivers leaving Canada. James Weiland took the final spot on the podium for Boardwalk Ferrari in the final race of the weekend.

In the Am division, traffic was a deciding factor in both races as the field battled with both each other and runners from the Coppa Shell division. Dave Musial (Lake Forrest SportsCar) earned his first victory of the season in Race 1 ahead of Alfred Caiola (Ferrari of Long Island) and Ross Chouest (Ferrari of Palm Beach). Roles were reversed for Sunday's race with Caiola claiming the win as Musial pursued him from second position. Chouest again took the final spot on the podium.

Ferrari Beverly Hills' Thomas Tippl continued his dominant run into Montreal, sweeping the weekend for his sixth and seventh victories in succession. In doing so, he further gaps Ferrari North America's Michael Fassbender and Ferrari of Westlake's Mark Fuller in the point standings. Tippl also swept the weekend at both COTA and Laguna Seca.

Fuller finished second in both races at Montreal while Fassbender picked up a pair of thirds, costing him second in the championship standings for the time being.

The results for Am division were dramatically affected by post-race penalties that shook up the final running order in both races. In the end, Ferrari of Southbay's James Camp took the victory in Race 1 for his first win of the season ahead of Al Heygi (Ferrari of Newport Beach) and Neil Langberg (Ferrari Beverly Hills).

In Race 2, Dale Ketechis of Miller Motorcars thought himself the victor before a 30-second time penalty for contact dropped him all the way down to seventh. As a result, Camp came away with the weekend sweep ahead of Ferrari of San Diego's Kevan Millstein and Hegyi in third.

The series now heads to the scenic Watkins Glen International road course in upstate New York on July 26th, where the 458 EVO cars will also return to action.