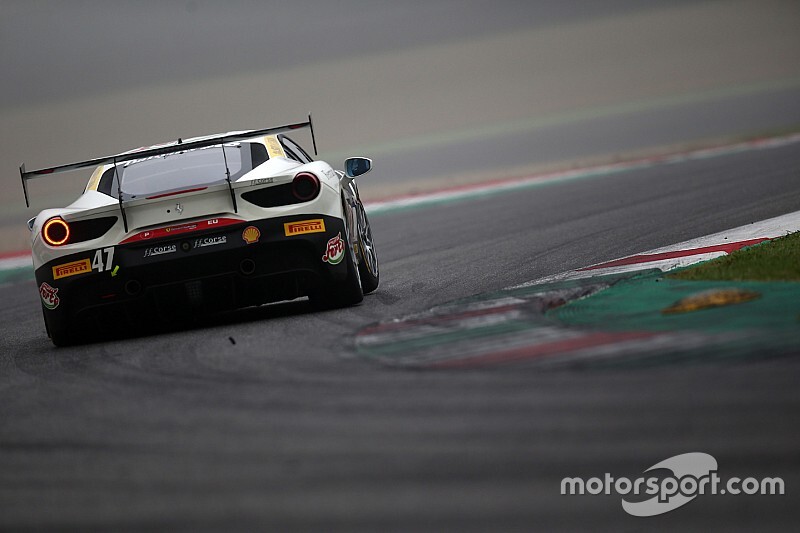 Carroll, who joined the championship for round three at Spielberg, converted pole to a comfortable victory in his Ferrari Budapest-backed FF Corse entry, and finished 1.2s ahead of Octane 126 driver Bjorn Grossmann behind the safety car, which was required to recover Chrstian Overgaard's Forza Racing machine from the gravel at the final corner, Bucine.

Carroll's early lead was scuppered when Miroslav Vyboh was spun into the gravel by Eric Cheung – who himself had been turned around on the opening lap by Ernst Kirchmayr – but the former Formula E racer never came under serious threat.

Formula Racing man Prette got a bad start from the outside of the front row and, like his father Philippe in the earlier Asia-Pacific race, lost four positions.

The fast-starting Sam Smeeth (Baron Motorsport), who had qualified sixth, followed Grossmann and Schiro past Prette on the run to turn one, and then moved past Schiro into third with a well-timed move at Bucine on lap one.

The first appearance of the safety car gave Rossocorsa driver Schiro an opportunity to attack Smeeth when racing got underway again on lap six, but Schiro instead came under threat from Prette and had to concede position on lap eight.

Prette then caught Smeeth, but was unable to find a way past the Briton, and would have to settle for extending his points lead over Schiro to 14 points with one race left to go.