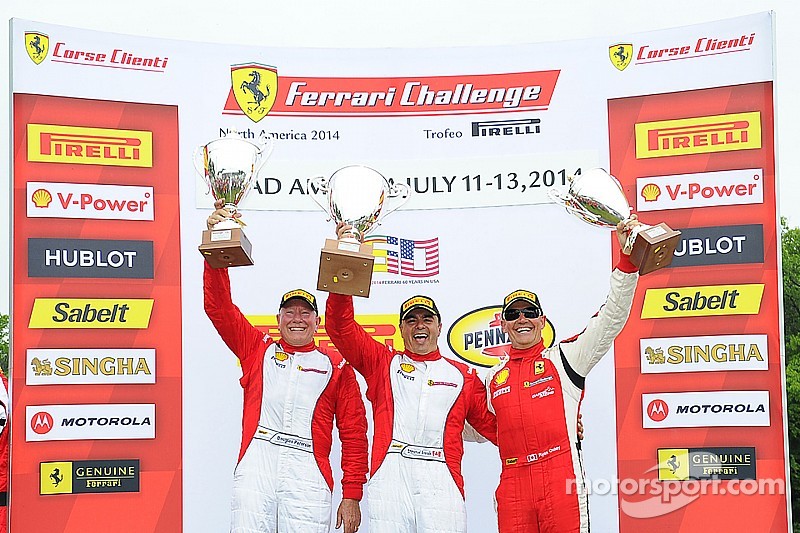 The Coppa Shell class saw the same finishers as Saturday.

Plymouth, WI - The sixth round of the North American Ferrari Challenge came to a close today at the famed Road America circuit in Wisconsin. Following yesterday's first place victory overall and for the Trofeo Pirelli class, Emmanuel Anassis of Ferrari of Quebec again finished on top of the podium steps. As the fastest qualifier today, Anassis marked the best lap time at 2:11:162 with a top speed of 109.771 mph.

The rain delay in the middle of Race 2 forced Doug Peterson (Miller motorcars) to retire, leading to a tight contention for second place between Mexican Ricardo Perez (Ferrari of Houston) and Canadian Damon Ockey (Ferrari of Ontario). Ultimately, Perez would finish just ahead of Ockey with a 0.66 second gap.

The next round of the Ferrari Challenge Trofeo Pirelli takes place from September 19-21 at Watkins Glen International in New York.

Anassis and Lu Victorious in Race 1 at Road America