The Ferrari Challenge series in North America is readying for its fourth round of the 2020 season, with teams and cars making their way to the Circuit of the Americas for a weekend of racing action.

By:
Jeffrey Grossbard
Listen to this article

After an action-packed weekend at Indianapolis, the series is ready to return with a full field of Ferrari 488 Challenge Evo cars.

Strong grids have been a hallmark of the Ferrari Challenge series, particularly in North America.  This weekend’s round at Circuit of the Americas is no different where the entry list spans nearly 40 cars once more.  Yet again, the largest category within the series is the Coppa Shell AM category where 20 cars will compete for a spot on the podium.  For some in the category, this is their first full season of competitive action, and the full grid means that no matter their pace or experience, there will be an on-track battle for them to enjoy.  Further up the field, the Trofeo Pirelli and Trofeo Pirelli AM categories combine to represent 12 entries of the 40 total.  Made up of more experienced drivers and previous series champions like Cooper MacNeil, Joe Rubbo and Ross Chouest, the smaller field promises equally intense action as these more experienced drivers work towards their 2020 aspirations.

Championships Starting to Get Serious

As the series makes its way into the second half of the seven-round calendar, drivers will begin to look more seriously at the championship implications.  In Trofeo Pirelli, Cooper MacNeil seems to have a comfortable lead, though schedule conflicts will mean that the highly experienced driver will miss at least one race, sacrificing up to 15 points to his championship rivals.  Meanwhile, Jay Schreibman and Jim Booth are separated by just a point in the Coppa Shell category with Kevan Millstein closing fast after an excellent weekend in Indianapolis where he won both races.  Certainly these will be storylines to watch as the weekend unfolds at the Circuit of the Americas. 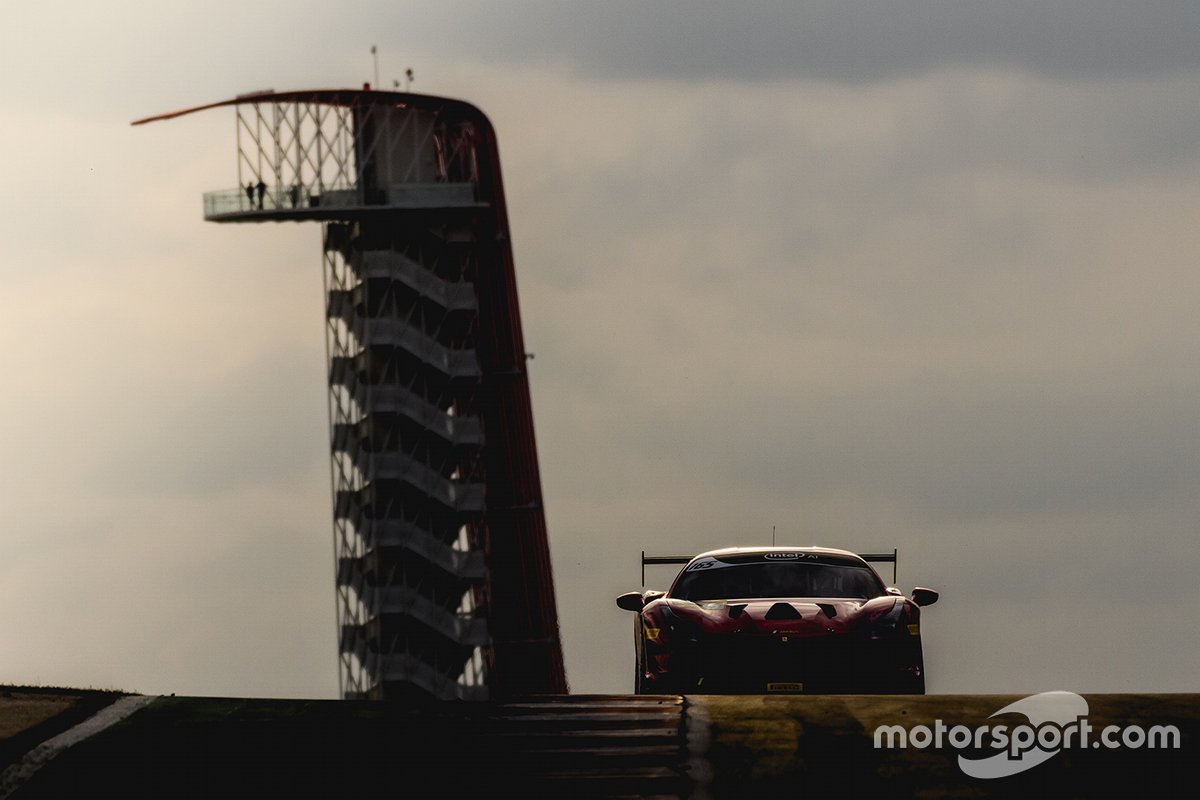 The fourth round of Ferrari Challenge action marks a return to racing under the lights.  The series of course began its 2020 season under the lights of Daytona, but this weekend’s race at COTA will offer a new challenge.  Where Daytona makes use of significant permanent infrastructure to bathe the famous tri-oval and infield road-course in light, the Circuit of the Americas does not typically offer night-time running, so lighting will be cast with many temporary stanchions and pylons.  With the vast majority of practice time taking place in the dark as well to avoid the high daytime temperatures, drivers will have ample time to practice and find their lines at the famed road course.  Also, the nighttime offers unique opportunities to highlight the distinctive attributes of the Ferrari 488 Challenge Evo, not the least its glowing red brake rotors which are sure to stand out at the big braking points at the Circuit of the Americas.

Highlights to Air on CBS Sports

In addition to being carried live on live.ferrari.com and motorsport.tv, CBS Sports will again feature a 1-hour highlights package of the weekend’s action to air on September 6th at 6pm ET and again at 8pm PT.  Check your local listings for channel information.

The Ferrari Challenge series will kick off the weekend with its customary testing days on Wednesday and Thursday before official practice sessions begin on Friday.  Qualifying action will begin on Saturday at 3:30pm (all times local) before racing action begins at 8:20pm with the final checkered flag falling at 9:50pm.  On Sunday, the action is stacked into the morning as qualifying begins at 10:45am and ending at 12:00pm.  Racing action will begin at 12:35 and the final race of the weekend will conclude at 2:05pm.

MacNeil and Millstein win an evening thriller at COTA

The North American leg of Ferrari Challenge crowned its first champion of the 2022 season as Tony Davis used a second-place finish to cap off a tremendous run of 10 podiums in 12 races to be the Coppa Shell Am category champion.

Ferrari Challenge took to the hills of Sonoma for the final North American weekend of its 2022 championship.

After an incredible sunny and warm day on Saturday, the tables turned on the drivers of the Ferrari Challenge series on Sunday when wet and cooler conditions set the stage for a fantastic end to the fifth round of the 2022 season at Indianapolis.

Ferrari Challenge drivers reveled in their return to the famed Brickyard at Indianapolis Motor Speedway with the first day of racing action taking place under a typically beautiful and hot July day in Indianapolis.