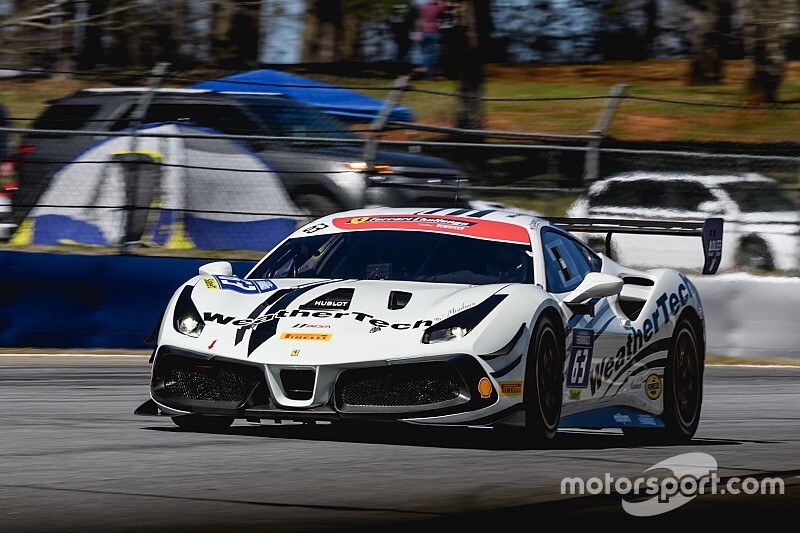 Road Atlanta saw the on-track debut of the Ferrari 488 Challenge Evo with Cooper MacNeil and Jason McCarthy taking the victories.

Michelin Raceway Road Atlanta in Braselton, Georgia played host for the second round on the 2020 Ferrari Challenge North America. The weekend marked the on-track debut of the Ferrari 488 Challenge Evo, an evolution of the 488 Challenge that had been raced in previous years and also at this year's season opener at Daytona in January.

The 488 Challenge Evo's first victory was achieved by Cooper MacNeil (Ferrari of Westlake). He won Race 1 of Trofeo Pirelli by a margin of more than 13 seconds over of the competition. Martin Burrowes (Ferrari of Fort Lauderdale) finsihed second with Joseph Rubbo (Ferrari of Long Island) in third. For MacNeil, the two-time defending champion, it was a flag-to-flag victory from pole position.

Race 2 saw McNeil again lead all the laps from pole position and take the checkered flag in first place, followed by Burrowes. However, the race finished behind the safety car after an incident between Rubbo and Alfred Caiola (Ferrari of Long Island) in the turn 10 chicane.

Following a double victory at Daytona, MacNeil's double victory at Road Atlanta means he is yet to be defeated in the 2020 season. As of now he won't race the full season though. When Ferrari Challenge NA visits Circuit Gilles Villeneuve in Montreal as part of the Canadian Grand Prix weekend (June 12-14), MacNeil is scheduled to race at the 24 Hours of Le Mans.

In Coppa Shell, Jason McCarthy (Wide World Ferrari) took his second victory of the season in Race 1. Having started from pole position he crossed the line a comfortable 23 seconds ahead of Jay Schreibman (Cauley Ferrari of Detroit) who kept Osvaldo Gaio (Miller Motorcars) behim him in third place.

In Race 2, McCarthy had to work a bit harder. Starting from the second row he passed early AM class leader Michael Quattlebaum (Ferrari of Houston) as well as Jim Booth (Ferrari of Atlanta). Booth stayed with him for a couple of laps, but in the end McCarthy took his third victory of the season by 17 seconds.

AM class honours in Copa Shell went to Justin Wetherill (Ferrari of Central Florida), courtesy of a fourth place on track in Race 1, and to Michael Watt (Ferrari of Atlanta) who finished third in Race 2. Watt beat Wetherill by less than four tenths of a second, ending the latter's streak of class victories in 2020.

MacNeil and Millstein convert poles into wins at IMS

MacNeil and Millstein convert poles into wins at IMS