Although the young German racer suffered a spinal fracture, there was a huge sense of relief that the outcome was not worse for her or the others involved in the accident.

Safety improvements never stop in motor racing though and Macau organisers are clear that they will work with the FIA to ensure that lessons from the crash are taken on board.

Here we look at what happened to cause the accident, and the safety measures that proved key for her, the photographers and track workers.

Although Floersch’s accident was not caught by the event’s official television cameras, footage of the incident quickly emerged on social media as fans around the track posted their videos online.

The Chinese driver said: “Sophia was really close to Jehan, so when Jehan braked early she had no time to react. She hit Jehan’s right-rear, and that spun her around straight into Lisboa, and she flew into the other car.”

The clash with Daruvala was enough to spear Floersch to the right, where she struck the crash barriers which ripped the left hand side wheels off her car.

At the very moment she should have been slowing, she was effectively left without brakes – so ran at unabated sped towards Lisboa. Speed trap figures registered her at 276.2km/h.

Macau installed new kerbs at Lisboa this year as part of a move to stop drivers – especially in touring cars and GT cars – from abusing track limits at the tight right hander.

The comparison between the kerbs in 2017 and this year can be seen below. 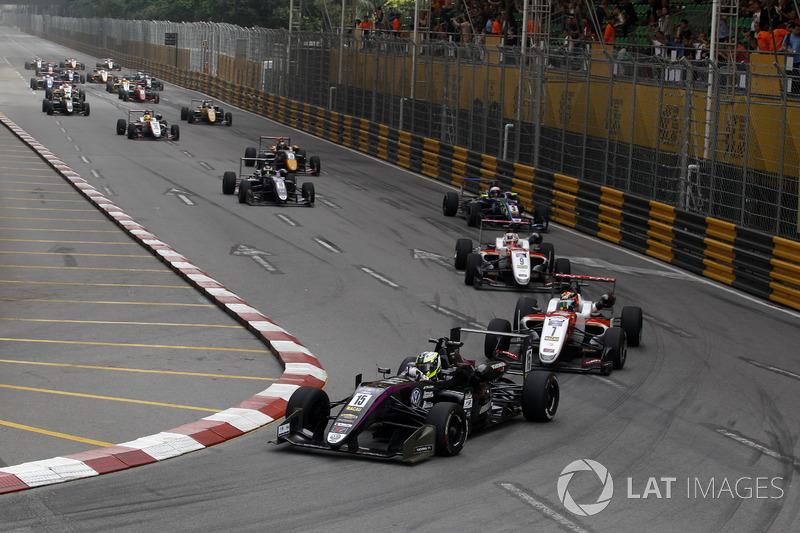 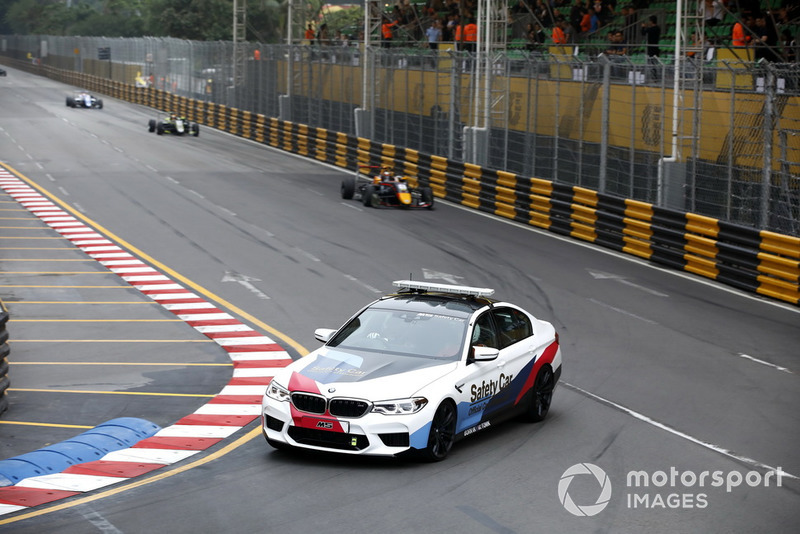 The new blue sausage kerbs, which are frequently seen in F1, are slightly raised, and Floersch's trajectory meant she struck the kerbs, which lifted her car slightly into the air.

While such a launch may sound like a far from ideal situation, in hindsight this was a fortunate factor in helping both her and Japanese racer Sho Tsuboi escape what could have been a much more serious accident.

Judging from video footage that has appeared online, the lift from the kerbs raised Floersch car’s enough to clip Tsuboi’s car high up – rather than being a direct strike on the side of the cockpit.

It is this type of accident – similar to what happened at the 2002 Austrian Grand Prix when Nick Heidfeld speared in to Takuma Sato – that has been a driving force in the FIA’s push for improved cockpit protection.

Even with the lift, Floersch's wheels struck the rollhoop of the TOM’S car, as photos that emerged later on showed.

It is not difficult to imagine that the outcome of the accident would have been very different had Floersch directly hit the TOM’S car side-on or run at that speed into tyre barriers – even with the strength of the F3 cars involved having been important in saving the drivers.

Having been launched over the kerbs and Tsuboi’s car, Floersch's car flew backwards into the catch fencing at Lisboa.

It is understood that the height of this fencing was raised several years ago, and this factor may again have played a crucial part in saving her life.

Although she went through the fencing, the fence did its job in absorbing a lot of the energy of the crash. This is clear from the footage as the impact bent a number of the fence posts at that section of the track (see photograph below), showing the amount of energy that had been absorbed. 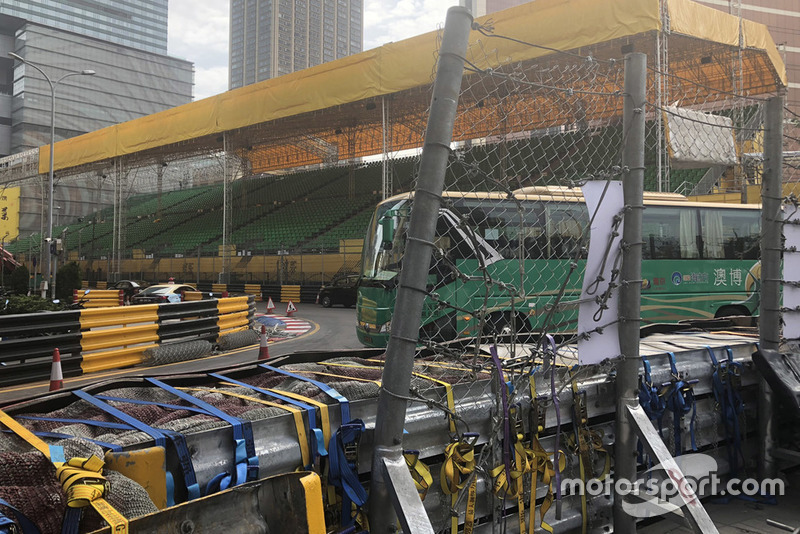 With the speed of her car having been reduced, it then struck the photographer’s bunker backwards, before being flipped up.

Miraculously, the car appears to have impacted the bunker with the roll hoop and cockpit area near an opening rather than a solid part.

Having been stopped by the bunker, Floersch’s car then fell to the ground where Floersch, covered in her fire extinguisher that had gone off, was immediately attended to by medical crews.

Although two photographers and marshals were also injured in the accident, Macau’s decision made several decades ago to have a bunker at that corner – rather than leave media members exposed – certainly ensured there was not a worse outcome.

The armco-protected structure did its job in standing up well to a direct strike. Plus, it being early in the second race, it was also not as busy as it normally is for the actual race start.

Had there been no bunker there to absorb the car, then Floersch would almost certainly have flown into more solid structures beyond.

Macau organisers and the FIA will now look into what lessons can be learned from the accident and if any changes need to be made to improve things for 2019 they will be done.

As a statement issued by the Macau Grand Prix Organising Committee was clear: “In the future, the MGPOC will continue to follow the guidelines of the FIA and take all necessary measures to hold the event.”