Contrarily to all the forecasts, the sun shone brightly all day long over the Formula 1 circuit in Styria. At the end of the day, Félix Serrallés emerged as the fastest driver and was very happy with the performance of his new team West-Tec F3: “This fastest time is very nice, of course, and even more so considering that we only had our car ready last week.” 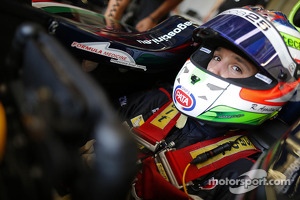 Third-placed Riccardo Agostini was equally happy. With his time, he was the fastest rookie in the FIA Formula 3 European Championship; only Formula 3 stalwarts Serrallés and Giovinazzi were even faster at the Red Bull Ring. “After last week’s two days of testing at Hungaroring, we have made good progress and I am starting to feel well prepared for the season opener at Silverstone. I am also happy that I am now able to race in the FIA Formula 3 European Championship after having tested only one day last season.” Agostini is also positive about the paddle-shift system, new for this season, with which drivers select gears by means of shift paddles behind the steering wheel: “It makes driving easier and safer, because we no longer need to take our hands off the steering wheel to shift gears.”

Fifth-placed Edward Jones (Carlin, 1:25.794 minutes) ended up as the second-fastest rookie in the FIA Formula 3 European Championship on Tuesday. “I have learned from my experience after the two days of testing in Budapest and I have adapted my driving style to suit the car even better. Today, I was fast both in the morning and in the afternoon, which is very important. After all, I believe that consistency is the key to a successful season.” Jones was pleased with the paddle-shift system, too: “These technologies from Formula 1 are arriving in junior single seater series, which in turn is bringing them closer to the pinnacle. According to me, that is very important.”