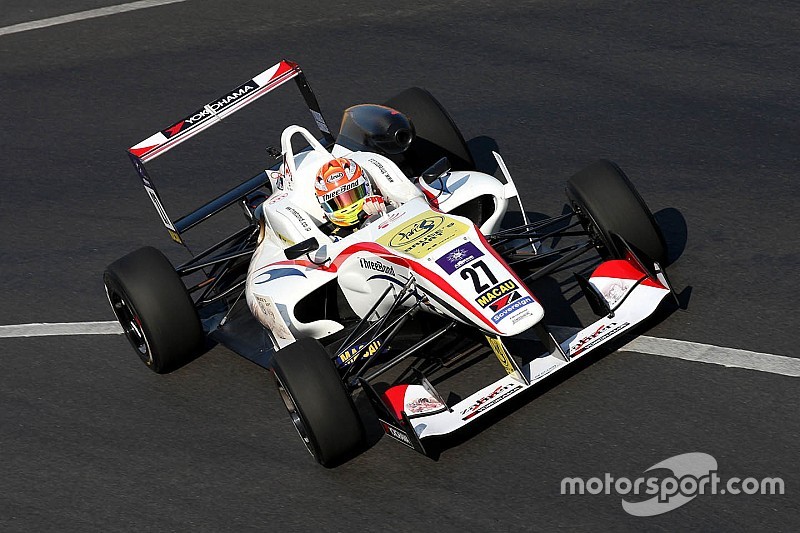 Indian teen Arjun Maini was happy with his Macau Grand Prix performance finishing 10th in the race on Sunday.

As a rookie driving at an unforgiving Macau track, Maini showed sound composure to stay out of trouble and complete the weekend without getting involved in any incidents.

For Macau, the Indian switched teams from Van Amersfoort Racing to T-Sport. Starting the weekend, he finished 18th and 14th in the two practice sessions spread across Thursday and Friday.

Like practice, the qualifying sessions were too spread out as he finished 14th in Q1 on Thursday and improved to eighth in Q2 on Friday. Felix Rosenqvist took pole with Dani Juncadella second and Charles Leclerc third for the qualifying race.

In a short race on Saturday to finalise the starting positions for Sunday's race, saw Maini finish ninth after race winner Antonio Giovinazzi was penalised.

As a result, Rosenqvist took the qualifying race win and pole for the final race from Leclerc and Alexander Sims.

In the final race on Sunday, the Indian driver got a bad start and dropped to 12th but fortunately, stayed out of trouble.

In the end, Maini fought hard to finish 10th, 0.508s off Jake Dennis and as a rookie, Maini was fifth behind Leclerc, Alessio Lorandi, Lance Stroll and Dennis.

Speaking on his performance, Maini said: "It’s been a hard weekend and I’m satisfied with my performance."

"The nature of this track is quite unique and it’s one of the hardest I have had to race in, in my short career so far.

"Though I have done a lot of sim work, the actual race weekend is quite different and I think I’ve coped with the challenge of driving for a new team quite well," the Indian added.