The young French talent Esteban Ocon joins Prema Powerteam for the upcoming season of the FIA Formula 3 European Championship. The 17-year-old Junior Lotus F1 driver will make his series debut with Angelo Rosin and his team on a Mercedes-powered Dallara. He is coming from two successful years in the Eurocup Formula Renault where he ended up third in points last season. At the same time, he also gathered some experience in the Renault 2.0 ALPS and 2.0 NEC championships. 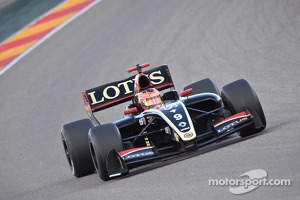 René Rosin, Team manager says: "When we evaluated new, young drivers to add to our team for the 2014 season, we haven't had any doubts on Ocon, as he proved his talent throughout his developmental path. This impression was corroborated by facts during the test held during the Macau weekend, when he progressively improved his pace and made it to the top-10 on one of the world'd toughest streetcourses. I definitely think that Ocon will be a frontrunner in the FIA Formula 3 European Championship."

Esteban Ocon: "Im very happy and proud to have been chosen by Prema Powerteam for the 2014 campaign. After Macao and the winter tests, I feel ready to deliver and carry the Prema and Lotus F1 Junior Team colours to the top."

Agostini to race for Eurointernational

Macau 1990: Onboard with Eddie Irvine

No further action after Perez/Ocon clash in FP1