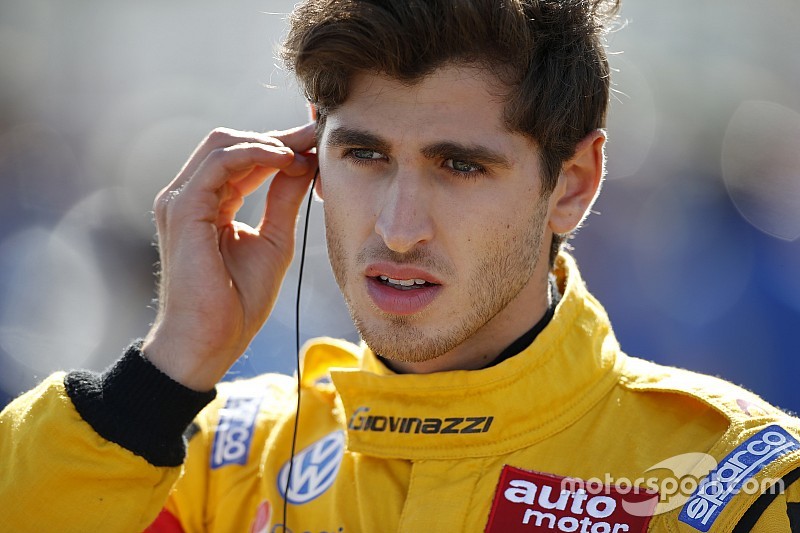 Antonio Giovinazzi has succeeded Max Verstappen as the winner of the Masters of Formula 3 race at Circuit Park Zandvoort, having led the entire main event.

The Italian youngster had already shown impressive pace by winning Saturday’s qualifying race and knew that a perfect start would increase his chances of becoming the next winner of the historic Dutch event.

And when the lights went out, Giovinazzi managed a great getaway and reached the Tarzan corner first.

Markus Pommer’s hopes of beating his rival were shattered after a disastrous start. The German Motopark driver dropped down the order and was lucky to avoid being hit by his fellow competitors.

George Russell, Sergio Sette Camara and Sam Macleod went three-wide through the first corner for second place with Russell edging ahead of his rivals. “My starts were not the best this weekend and I tried to outbrake George in the first corner,” said Sette Camara. “Since I was in the middle, I had to be really cautious not to finish the race there.”

Meanwhile, Arjun Maini moved up to sixth and challenged Nabil Jeffri for fifth. Behind the pair, Callum Ilott made up six places on the opening lap and settled into eight, slotting in behind teammate Ryan Tveter.

At the front Giovinazzi managed to create a comfortable lead of three seconds halfway through the race and never came under pressure from Russell, Sette Camara or Macleod, who were all saving their tyres.

Maini made a few attempts to pass Jeffri, but the Van Amersfoort Racing driver couldn’t find a way to put the Dallara ahead of the Malaysian Motopark racer.

Giovinazzi accelerated in the final stage of the race and crossed the finish line with an 8.4s lead over Russell. Sette Camara joined the pair on the podium, taking home the third-place trophy.

“I’m really happy with the Masters victory and I’m the first Italian to win this race,” said Giovinazzi. “I focussed on the start as that was the most important thing. That went really well and from there I was able to control the race. We will now get prepared for the next event of the FIA F3 European Championship at the Nurburgring.”

Giovinazzi proud to "follow in Verstappen's footsteps" with Masters win