55th Macau GP promises to live up to the past

Although we're on the 55th running of the Macau Grand Prix its history as the Blue Ribbon event for the F3 category only begins in 1983, though as the winner that year was one Ayrton Senna, it was quite a beginning. Suffice it to say that over time ...

Although we're on the 55th running of the Macau Grand Prix its history as the Blue Ribbon event for the F3 category only begins in 1983, though as the winner that year was one Ayrton Senna, it was quite a beginning. Suffice it to say that over time this has become the event that all F3 drivers want to win, and the fact that 80% of 2008's crop of Formula One drivers have participated in the event (some, as can be seen from the list below, with more success than others) speaks for its importance in the motor racing hierarchy. 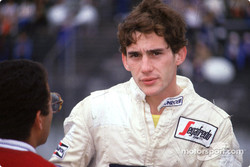 There are a lot of champions and front-runners on the 2008 list, and we really wouldn't like to try and pick a potential winner because at Macau so much depends on luck. Though speaking of luck, if the gods of motorsport are looking kindly on Brendon Hartley (Carlin Motorsport), he could have the race of his life so far. He was awesome round the streets of Bucharest, and even though he made a lot of mistakes, we're of the opinion there's no better driver in the field this year and he's seen the place before which always helps (even if he had no idea which way his hotel was when he left the BMW party). Of the other Carlin drivers, Ericsson will either get into a fight with the walls early on, or he'll prove surprisingly good. Of the other British series runners, Oliver Turvey may well be too jet-lagged to perform at his best, as he won't be arriving until Wednesday evening due to GP2 testing commitments. 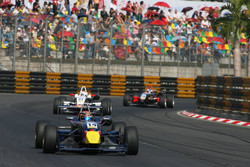 Like Turvey, Jaime Alguersuari hasn't been here before, so is at a disadvantage compared to Hartley. Hitech Racing's returnees Max Chilton and Walter Grubmuller seem unlikely to impress, especially as this place seemed to terrify them both last year. They are joined by F3 rookie Roberto Merhi, the Spaniard stepping up from the Formula Renault 2.0 Eurocup category. As for Atte Mustonen (Double R Racing) it will all depend on his mood. He has the potential, but he seems to have lost the will to race this season. Maybe it will come back to him. He is joined by Robert Streit, who has been here 4 times already, and has looked strong around these streets in the past, and Michael Ho, the only local on this year's entry list, who will almost certainly finish a long way back unless something very odd happens.

The strongest challenges to the British series will of course come from the Euro Series, with ART Grand Prix providing a very strong challenge, though James Jakes - back again - is likely to be outpaced by teammate Jules Bianchi if the 2008 Masters of Formula Three was anything to go by. Signature Plus has Edoardo Mortara, who is another experienced Macau runner with a good turn of speed, Franky Cheng (Cheng Cong Fu) and Mika Maki, the latter certainly capable of being at or near the top at the end of Sunday. Of course there are other strong competitors, Renger van der Zande (Prema Powerteam) being an obvious choice, though his teammate Stefano Coletti will likely find it a bit of a struggle after finishing 20th in the Euro Series. Coming out of a really bad season (by their standards anyway) Manor Motorsport are fielding Sam Bird, and Kazuya Oshima, both of whom could have been expected to have a far better season than they did, both of whom thus have a point to prove, both of whom have been here before. The third man in the team is Jon Lancaster, who is in his first season of F3, and remains a bit of an unknown quantity after some patchy results and the odd flash of success now and then. 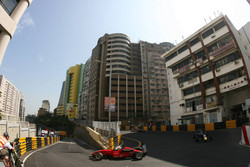 From Japanese F3 we have the Tom's Team, who should never be underestimated, and they're bringing the very personable Dutchman Carlo van Dam, this year's Japanese F3 champion, and the runner up Keisuke Kunimoto. Again, expect them to be front-runners in this event. Of the rest we have Kei Cozzolino (NOW MOTOR SPORTS), who finished the Japanese series in 6th, and Koki Saga (Le Beausset Motorsports) who ended the season one place behind Cozzolino. Ombra Racing are here with a couple of drivers they haven't run before, Masaki Matsushita who was 3rd in the National Class in Japan this season, and 2008 Australian F3 champion James Winslow. Winslow is unlikely to set the world alight, but Matsushita might or might not. HBR Motorsport is here with Daniel Campos-Hull from the Euro Series (who looked good when the team ran at Spa in the British Series rounds) and Basil Shaaban, who didn't. Finally, RC Motorsport have Laurens Vanthoor, the Belgian who finished 4th in this year's ATS Formel 3 Cup and Nicola de Marco, from Spanish F3. Don't expect too much from either of them given the step up that this represents.