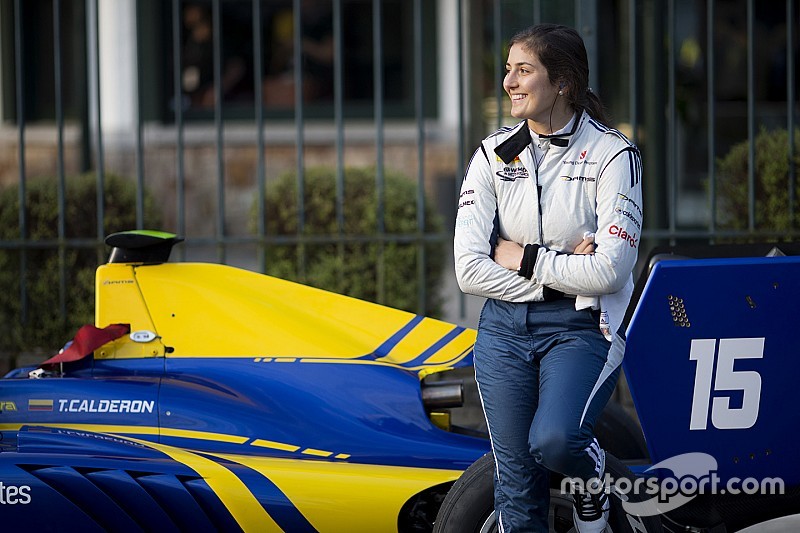 The 24-year-old Colombian joins RP Motorsport in a third entry alongside team regulars Roy Nissany and Yu Kanamaru, having previously raced for the Italian team last year in Euroformula Open.

She takes over the car vacated by Damiano Fioravanti after July’s Nurburgring round.

Calderon will travel directly from Bahrain on to Abu Dhabi to contest the final round of the GP3 season, the DAMS driver currently lying 17th in the points following top-10 finishes at Monza and Jerez.

“I’m very much looking forward to competing in Bahrain in Formula V8 3.5,” said Calderon. “It’s a great car to drive and Bahrain is one of my favourite tracks.

“It will be my first race with a pitstop, which will be interesting, and the Michelin tyre is also quite a bit different to the Pirelli rubber I am used to in GP3.

“There will be a lot of things to learn but it will be a useful experience and I’m looking forward to the challenge.”

Calderon previously raced at Bahrain in 2015, when she contested the MRF Challenge Formula 2000 series, claiming a podium finish.

She also has prior experience of the Formula V8 3.5 car from a test session at Aragon the same year, when the series was run under the ‘World Series by Renault’ banner.

Orudzhev to miss F3.5 title showdown due to illness