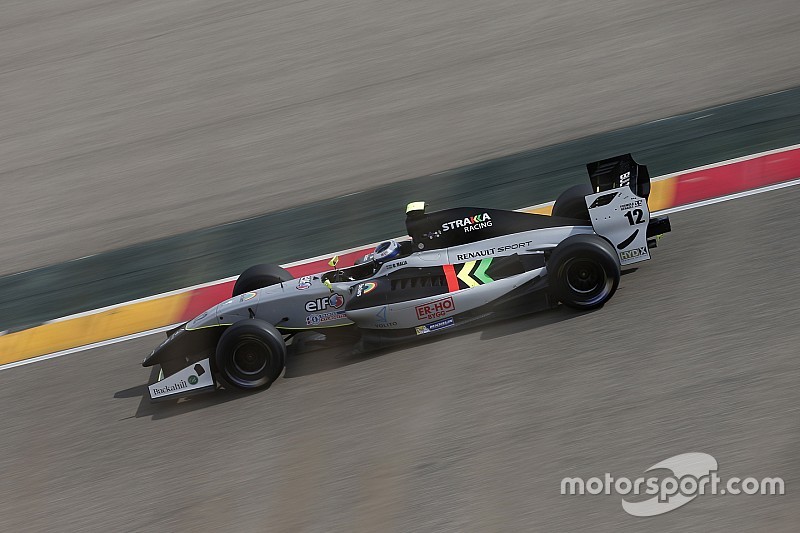 Strakka Racing will not be on the grid for the Formula V8 3.5 opener at Motorland Aragon, the team has confirmed.

The British squad took over the P1 Motorsport operation in Formula Renault 3.5 back in 2013 and has since won four races in the series - two with Will Stevens in 2014 and two with Tio Ellinas last year.

Strakka was set to remain in the series, which has lost its Renault backing and has been renamed Formula V8 3.5, for 2016, but will not be fielding its cars at the start of the season.

“We had fantastic support from both the championship organisers and our own partners, everyone doing everything they could to make it work - but it is getting harder and harder to find drivers capable of raising the funds necessary,” said team principal Dan Walmsley.

“Everyone at Strakka is extremely disappointed by this decision and we would especially like to thank Jaime [Alguersuari] and the team at RPM [series promoters] for their support."

While a number of teams exiting the category have sold their cars, Strakka will hold on to its Dallara T12s in the hopes of continuing in the series - as a full team or as a one-car entry - if funding becomes available later in the year.

"We really like the championship; it offers great value and proper racing," Walmsley continued.

"It’s simply a question of economics and a wider problem of young drivers increasingly struggling to fund single-seater racing.

"Strakka still wants to have a single-seater presence and both cars are prepped after a winter rebuild and are ready to go. Should we get the chance to return at some point, we would be ready.”

The team, which also competes in WEC's LMP2 class and in the Renault Sport Trophy series, is set to reassign its F3.5 staff to the latter operation, which fields a car for former FR3.5 driver Lewis Williamson and Tim Sugden.