Spielberg F3.5: Panis goes from fourth to first in the pits 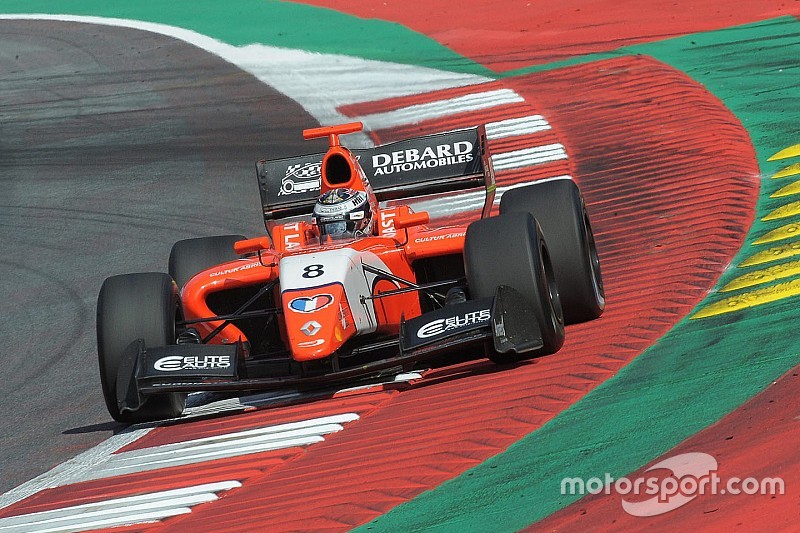 Arden's Aurelien Panis was victorious in the second Formula V8 3.5 race at Spielberg after getting ahead of three drivers with an early pit stop.

While the latter kept second, he was two seconds adrift of Isaakyan in just three laps but the gap disappeared as the safety car came out due to Giuseppe Cipriani spinning out.

Deletraz pitted soon after the restart but could only rejoin behind Panis, who changed had tyres even earlier.

While Vaxiviere stopped two laps later and stayed behind Deletraz, his teammate Isaakyan remained ahead of the Swiss, albeit behind Panis, after his change.

Tom Dillmann, originally fifth, was last to pit and emerged as high as second.

Despite cutting the gap from three to one second, Dillmann couldn't challenge for the win as Panis cruised to take his first victory since the season opener at Aragon.

Isaakyan completed the podium, his first in the category, with Deletraz holding off the advances of Orudzhev to secure fourth.

Vaxiviere had to settle for sixth as Orudzhev also passed him in the pits, the Frenchman followed by Alfonso Celis.

Buller to make F3.5 return with RP at Monza