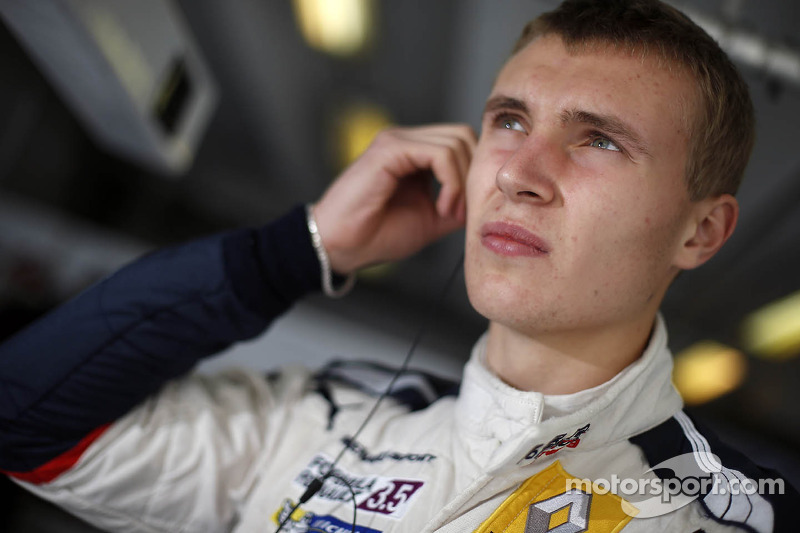 The 23 drivers from the 12 teams entered in the Formula Renault 3.5 Series took part in the third and final day of the collective test held at the Motorland Aragón circuit.

The final day of the Formula Renault 3.5 Series collective test was marked by rain, which played to the advantage of Sergey Sirotkin (Fortec Motorsports). On the Motorland Aragón circuit, the Sauber F1 Team reserve driver clocked a lap in 1’38’’828 to post the best time of the day. The only driver to finish in the Top 5 in all six sessions this week, the Russian was followed by Pierre Gasly (Arden Motorsport) and Pietro Fantin (International Draco Racing), who were quickest in the afternoon.

The 23 drivers from the 12 teams entered in the Formula Renault 3.5 Series took part in the third and final day of the collective test held at the Motorland Aragón circuit.

The morning session was very animated with seven different leaders in the opening hour. Nikolay Martsenko (Comtec Racing) led the way, but countryman Sergey Sirotkin put the metal to the peddle with a best lap of 1’38’’828, just as the rain began to fall. The teams reoriented their programmes and the Sauber F1 Team reserve driver was on top of the time sheet ahead of Nikolay Martsenko, Zoël Amberg (AVF), Pierre Gasly and Carlos Sainz (DAMS) at the end of the session. 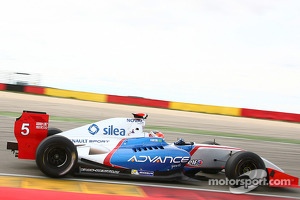 The afternoon began on a rapidly drying track. In these favorable conditions, the improvements were many, despite seven red flags during the session. First to switch to slicks, William Buller (Arden Motorsport set the first reference time, which was then bettered by Tom Dillmann (Pons Racing) and Oliver Rowland (Fortec Motorsports). During the final exciting minutes, Pierre Gasly posted the quickest lap ahead of Pietro Fantin, Nigel Melker (Tech 1 Racing), Will Stevens (Strakka Racing) and Sergey Sirotkin.

The Formula Renault 3.5 Series will next be in action this coming 24-26 March at the Jerez circuit in Spain for another three-day collective test before the start of the season at Monza in April.

Sergey Sirotkin: ”We achieved a lot this week to improve the car. We are very fast on used rubber. We now have to concentrate on stints with fresh tyres. The potential is huge, but we were not able to get the most out of the car due to traffic this afternoon.”

Nigel Melker: ”I am very happy that Tech 1 Racing offered me the opportunity to test for two days. After a mixed season last year, I want to do another season to win the championship because I know I am ready and I can do it. While there are some adjustments to make, we are going in the right direction as our results have shown with regular improvements made during the two days.”

Zoël Amberg: ”If I want to improve this season, I have to work on qualifying. We started off strong before encountering a few problems. We made adjustments and the results have been very positive, especially this morning. Sadly, a red flag this afternoon stopped the session just after I put on a set of new tyres.”

Matthieu Vaxivière: ”These were three good learning days. We saved a lot of tyres for the upcoming sessions at Jerez. The car is good and we are in good shape to battle up front. The working relationship in the team is excellent, as much with Marlon as with every member of the squad.”