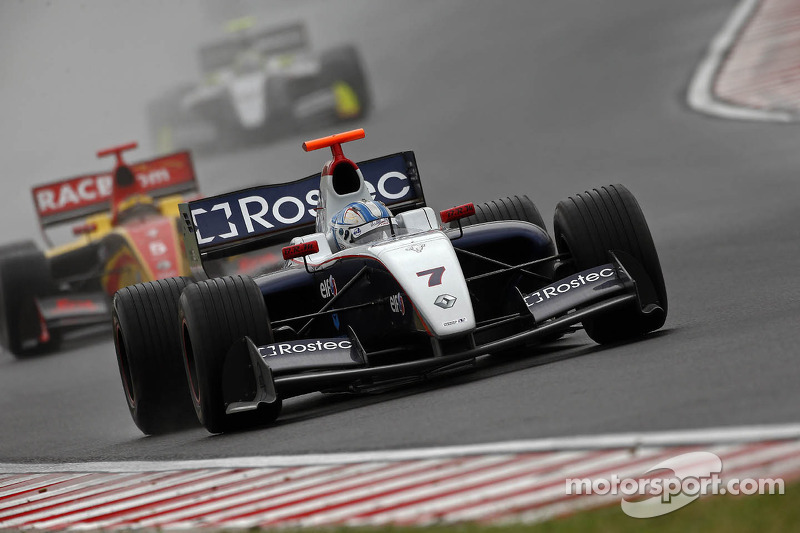 Both cars were forced to retire from Race 1 after being involved in two different crashes.

Front running pace turned into disappointment for I.S.R. today in Barcelona. On the Spanish venue, that is hosting the ninth and final round of the F.Renault 3.5 season, the Czech team proved to have the speed to fight for the top spots, but a very unlucky afternoon meant that both cars were forced to retire from Race 1 after being involved in two different crashes.It was a pity for Sergey Sirotkin and Christopher Zanella, especially after a very positive Qualifying session that had seen the young Russian qualify in P6. Zanella's pace was good for a similar performance and even if the Swiss had to settle for a P16 start after being hampered by a slower driver in his best lap, he was still focused on making the most of his pace to recover in the Race.Unluckily, fate had something different in store for ISR. 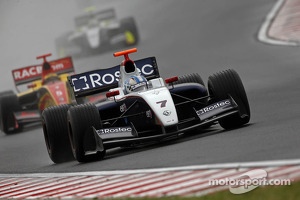 Sirotkin's start was actually very good, but his car was damaged straight away in the aftermath of a Turn 1 crash that involved Melker and Sorensen: as Sergey slowed down to avoid Melker's stranded Dallara another driver punted him from behind and broke one of his rear wing's endplates. Despite the damage the Russian youngster continued the race, lapping on a great pace and keeping P5 with no worries, but the team asked him to get back to the pits to avoid any risk, as a failing rear wing could have ended in a serious crash.Zanella, in the meantime, had used the T1 crash to his advantage, choosing the right line and climbing from P16 to P11 in just one lap. From then on he was involved in a fierce battle with Aleshin from P10, but with just 4 laps to go a charging Martsenko overshot the last chicane's braking zone, collecting Chris and putting an end to his race.

Sergey Sirotkin: Q1 - P6; R1 - DNF
"The car felt great both in Qualifying and into the race, but luck wasn't on our side today. At turn 1 Melker stopped in the middle of the track and I had to slow down a lot to avoid him. I felt a tap from behind and the car started being unstable in the corners, so I guessed that there was some damage at the rear. Despite that, I could still push hard and post fast laptimes but the team decided to retire my car anyway for safety reason. It was quite disappointing, but I fully support and understand their choice".

Christopher Zanella: Q1 - P16; R1 - DNF
"Qualifying wasn't too bad apart from traffic, at least I knew that I had the pace to recover into the race. I managed that with a good start and a wise choice in the Turn 1 chaos, and from then on my race was quite a fun one, fighting with Aleshin. Unluckily that was nothing I could to to avoid being collected by Martsenko, if it wasn't for him a top ten finish would have been in my reach".

Title joy for Magnussen and Dams

Kevin Magnussen and DAMS get double crowning at Catalunya