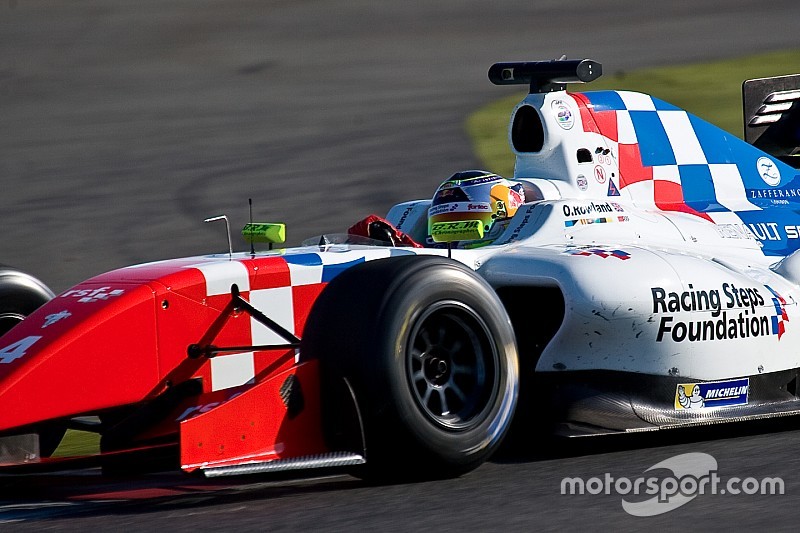 Championship leader Oliver Rowland put himself in a position to profit from a well-timed late red flag, which gave the Brit his fourth pole of the season.

While tyrewear normally limits the amount of laps the FR3.5 field can afford to run in qualifying trim, the cold conditions at the Nurburgring meant drivers could run more flyers than usual - and, at the halfway point, Rowland's eighth lap of 1m41.004s already put him almost a second up on his practice benchmark.

But it also took the drivers a while to warm up their new sets in the second stint and, just as several of the frontrunners started to post improved sectors, the red flag came out.

Carlin's Tom Dillmann was the culprit, stopping at Turn 1 with less than two minutes to go and the qualifying session was immediately called as a potential restart would not leave enough time for even a single flyer.

As such, Rowland picked up pole, while McLaren junior Nyck de Vries was two tenths behind in second - but dropped down to fourth due to a penalty from Silverstone.

Tio Ellinas, first-time winner a week ago at the British track, inherited a front row spot, while Dillmann provisionally took third, although could lose his best lap due to bringing out the red flag.

Roy Nissany - among the few to improve in the second part of the session - moved up to ninth ahead of Gustav Malja.