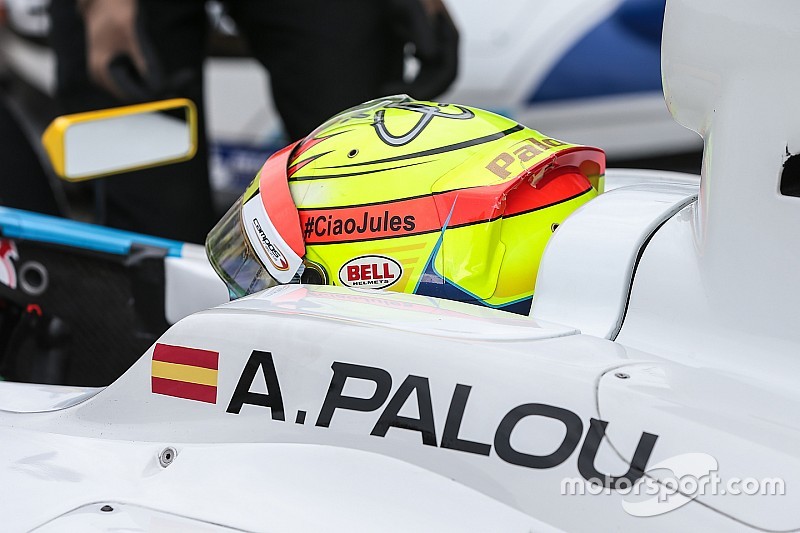 Formula V8 3.5 newcomer Alex Palou stunned the field again as he set the fastest lap of the weekend to claim his second pole at the Nurburgring.

The Japanese F3 frontrunner became the first driver all weekend to drop below the 1m41s barrier as he set a 1m40.840s with just one minute remaining.

Palou, who is replacing the unavailable Nelson Mason at Teo Martin Motorsport this weekend, almost failed to make it to qualifying as his car had to be towed to the pits for the start of the session.

The lack of drive proved to be a temporary issue as he set a time 0.345s faster than Diego Menchaca, who rekindled the form he had in Friday morning’s practice session to claim a spot on the front row.

Qualifying two wasn’t so kind on championship leader Pietro Fittipaldi though. His time of 1m41.602s looked set to secure the Lotus driver his ninth pole position of the season, but a flurry of fast laps in the closing minutes relegated him to sixth.

His teammate Rene Binder, who has been off the pace for most of the weekend, will be starting ninth as late improvements from seventh-placed Alfonso Celis and eighth-placed Yu Kanamaru pushed the Austrian down the order.

Towards the front of the field, Matevos Isaakyan was unlucky not to find himself on the front row as his 1m41.257s was 0.072s slower than Menchaca’s best.

However, he was just 0.005s faster than Roy Nissany, the latter enjoying his best session so far at the Nurburgring in fourth.