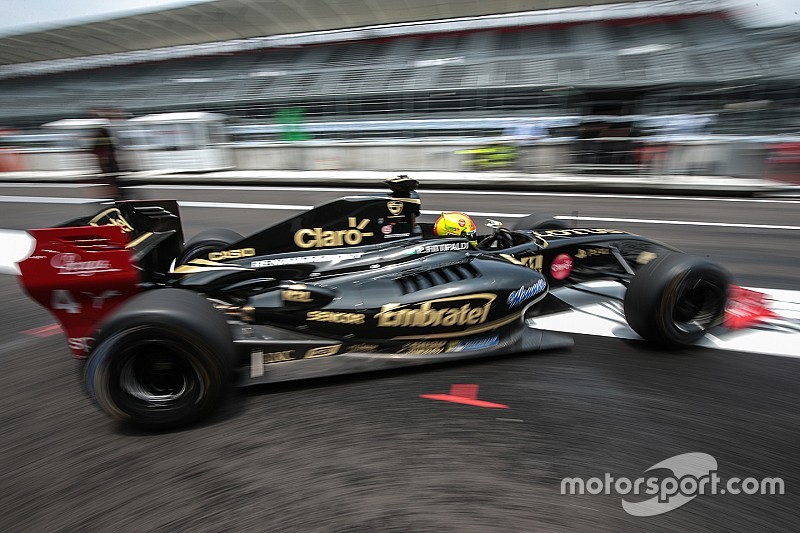 Pietro Fittipaldi has claimed his ninth Formula V8 3.5 pole of the season after putting together a storming lap at Mexico City to claim top spot for race one.

The Lotus driver, who sits five points behind championship leader Matevos Isaakyan, traded places with the Russian throughout the 30-minute qualifying session but put in a decisive time on his final lap with a 1:31.382.

That put the Brazilian 0.380s ahead of Teo Martin’s Alex Palou, who only got the call to travel to Mexico on Tuesday, whose last lap squeezed him above Isaakyan by two-hundredths of a second.

Joining the championship leader on the second-row will be Alfonso Celis. The Mexican set the pace early on in the session but couldn’t find the half-a-second needed to try and unseat Fittipaldi.

Konstantin Tereschenko and Egor Orudzhev will share the third-row, the latter saying he felt comfortable on a Mexico City track that is lacking grip after repeated heavy rain showers throughout the week.

Hometown favourite Diego Menchaca will start seventh, and Rene Binder – who was caught out by the increasing speed of the circuit, which many believe could offer another three-seconds of pace – lines up next to him.

Rounding out the 11-car grid is Roy Nissany, Yu Kanamaru and Giuseppe Cipriani who qualified almost three-seconds behind the pole-sitter.