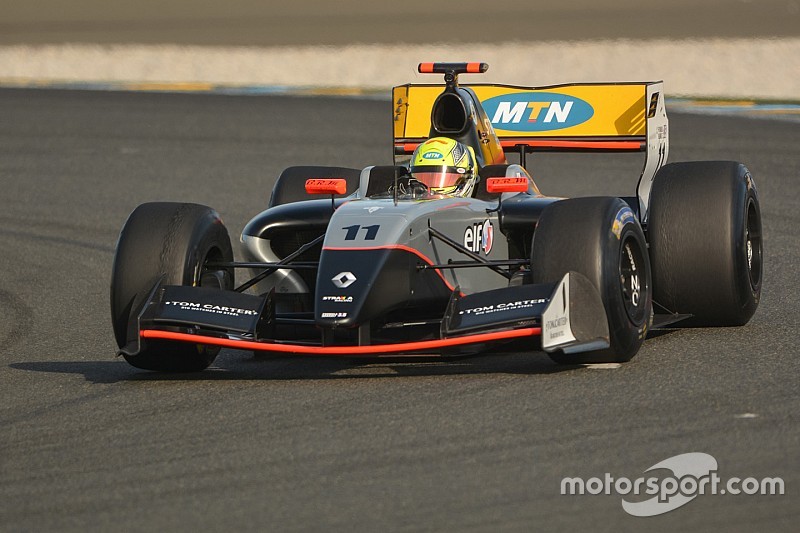 Tio Ellinas topped the second Formula Renault 3.5 qualifying at Le Mans in a confident manner, while championship leader Oliver Rowland made his title confirmation a bit more difficult by going 14th fastest only.

Strakka driver Ellinas set a couple of strong laps in the dying minutes, which went unmatched by the rest of the field.

The first half of the session, which was red-flagged for a full 20 minutes in the very beginning due to series returnee Andre Negrao’s car leaking oil all over the circuit, saw the lead traded among several drivers.

Matthieu Vaxiviere was first to dip below the 1m22s barrier, only to be quickly demoted by fellow Frenchman Tom Dillmann, who went in for the mid-session tyre change at the top with a time of 1m21.875s.

Once back out on fresh rubber, Rowland was first to improve but his newly-taken lead was immediately stolen by both Ellinas and then Egor Orudzhev.

The Cypriot improved over the next two laps to gain an advantage of four tenths, ending the session with a 2m20.648s.

A last-second effort from Vaxiviere proved insufficient to challenge Ellinas as he fell three tenths shy, narrowly ahead of Dillmann.

Tech 1’s Aurelien Panis edged out Orudzhev to claim fourth on the grid for the Sunday race at his home track, followed by the DAMS duo of Dean Stoneman and Nyck de Vries.

The top ten was completed by Jazeman Jaafar, Nicholas Latifi and Alfonso Celis, as Rowland ended a disappointing session in 14th, 1.2s off the pace.

However, the Briton will be crowned champion today if Vaxiviere fails to win and will only need one point to confirm his title if the Frenchman does triumph.