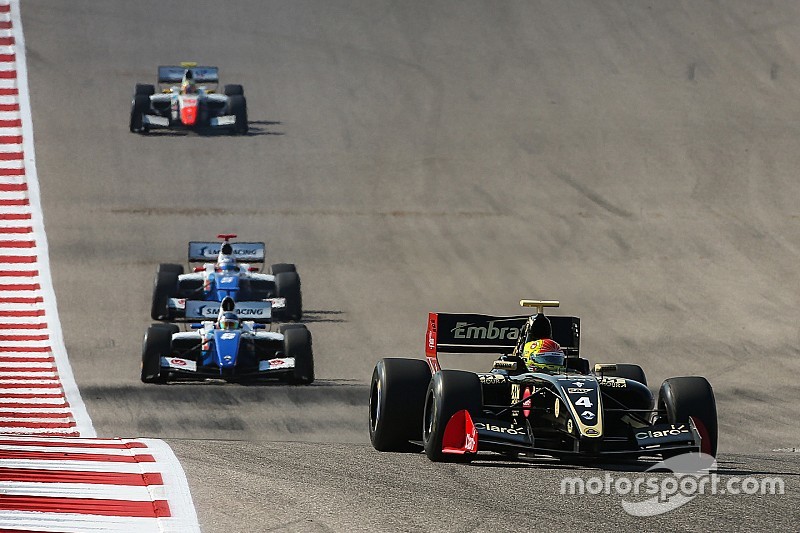 Formula V8 3.5 organisers have announced two days of post-season testing in Bahrain, following the championship's finale at the track.

The junior single-seater series will finish in Bahrain on November 18th as a support series to the FIA World Endurance Championship.

The field then will test on Monday and Wednesday, the 20th and 22nd of November, in the following week.

The season finale will feature a four-way title fight led by Pietro Fittipaldi, as Russian duo Matevos Isaakyan and Egor Orudzhev, as well as Alfonso Celis, are all within 31 points.

In the following day, the top three drivers in the final 2017 standings will also be awarded LMP and LMGTE tests with teams from the FIA WEC.

The test prize is part of F3.5's agreement with WEC this year, which also allowed the junior championship to act as a support class six times in 2017.