In his latest column for Motorsport.com, Lotus driver Pietro Fittipaldi recounts an Austin weekend where a brake failure has left the Formula V8 3.5 title race closer than anticipated.

Given the way the Austin race weekend ended for myself and the team, the two-month wait before the final round of the season will probably feel like an eternity.

I was on course for at least a solid finish in the Sunday race at COTA, and if not for the brake failure – well, the championship wouldn't have been over and done with, but pressure ahead of the finale would've been much lesser.

If it were up to me, I'd have the title decider today already. But I'm sure we'll make the most of the gap between now and Bahrain to prepare for it as best as possible. 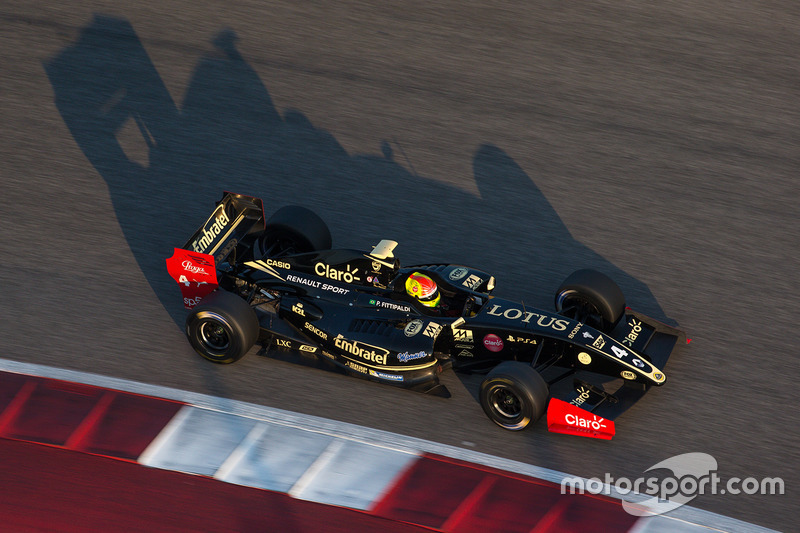 Going back to the Austin weekend, it was at a track I'd never raced before, although I did do a lot of simulator work. Still, it caught me by surprise initially just how bumpy it was. I expected the first couple of turns to be pretty easy flat, but trying that approach into the first corner bounced my car into the air sideways.

It's a really ballsy track, but it's also very much about rhythm. I'm a late-braker, not too aggressive but I do tend to hustle the car around a little bit. Here I found that I had to take a bit of a step back and find the rhythm.

I struggled a bit in first qualifying, maybe overdriving it a little and not really managing to put a perfect lap together.

The second qualifying session was much better in that regard, as I was a bit more precise and felt I really had a lap for pole.

I felt I had put in a really good time in the end. I was told we took pole and was already celebrating, only to hear "no, wait, you tied Alex's time”.

Alex Palou set an identical laptime, but earlier in the session, which meant pole was his. It must've been a really good lap on his end too, because I did really feel I put everything together.

So while I felt the second qualifying went much better, they both yielded the same result – a front row start. 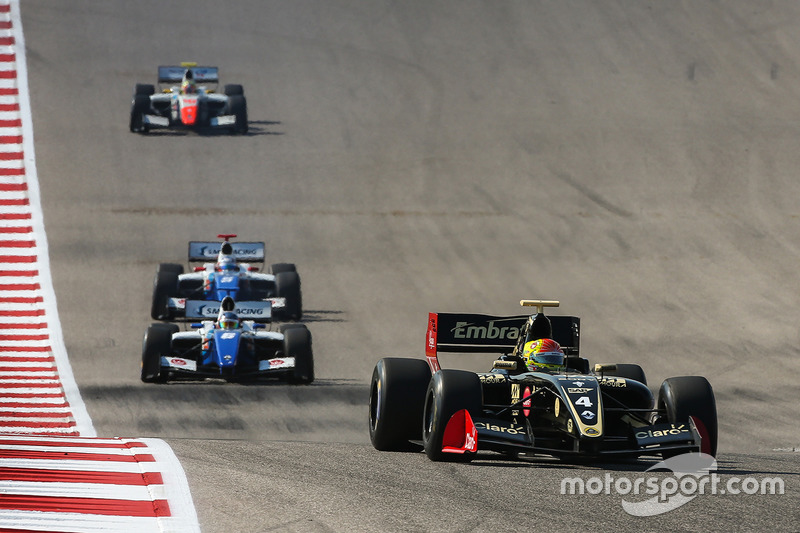 In the first race, I was able to put some pressure on my teammate Rene Binder, who was in the lead, but I eventually started to get really bad tyre degradation and I dropped back massively. After the safety car, Egor Orudzhev was a lot quicker behind me and overtook me.

I was disappointed to finally finish third, because I do want to go and win every race, but for the championship it wasn't so bad.

And Race 2 was looking better. I had a decent start, although Egor got ahead of me on the outside of Turn 1. But I really felt the car improved and I was sure I could go fast, especially given that it was a pitstop race and we could change the rear tyres.

I wanted to stay within a second, a second and a half or so of Egor and try to get ahead during the pitstop. I honestly think it was doable. Alex, who led the race initially, got held up in traffic and slipped behind Egor after his stop, so I feel we could've maybe gotten both of them.

Instead, the brake pedal went into the floor on the third lap. I had not sign that it was coming, as I braked fine the corner before, but then the rear brake line failed and I went into the wall.

Luckily it was at Turn 1, a massive uphill corner and with a gravel trap to boot. If it was in one of the downhill corners instead, it could've been a very nasty crash.

The team are still looking into what happened. It wasn't their fault or anything – the brake line was well under its mileage limit, so it was just a strange thing.

Going for it in Bahrain 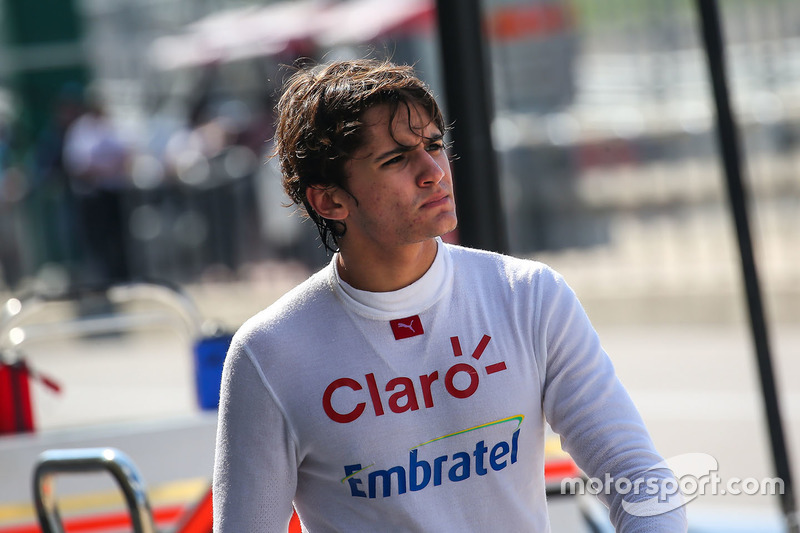 The final track of the season – Bahrain – is a really interesting one. I raced there not that long ago in the MRF series, and scored a podium.

It's got a really long front straight and another straight that's quite long as well, and there aren't many fast corners. They're all about braking hard, not so much lifting, and there'll probably be some difference in the race set-ups chosen, as some could opt for a lower-downforce configuration to be able to pass on the straights.

Before the title decider, I'm going to the Mexican and Brazilian Grands Prix, so that will fill up my time quite a bit. Otherwise it'll be the same as preparing for other races, except I'll have two months to get ready for this one round.

So there will be a lot of focus on that - not just how to drive the circuit but looking at race footage, at all sorts of different aspects, overtaking points, or where drivers make the most mistakes.

As for the points gap, you can look at it in two ways. The negative way, a glass half-empty sort of way, is "we were 18 points ahead, probably could've been 25, maybe 30 points ahead going in”. But you can also see that, yeah, we had a DNF in Race 2, but we're still 10 points ahead of the guy in second, there's a safety margin. And that's how I'll look at it.

But it is a different mentality now. If I were to go into the final round 30 points ahead, maybe going into Turn 1 I would've thought about backing out and not taking the risk, because I only would've needed 20 points from two races to win the championship.

But now it's so close, it's a different approach – and we're going to go to Bahrain with the aim to win both races.