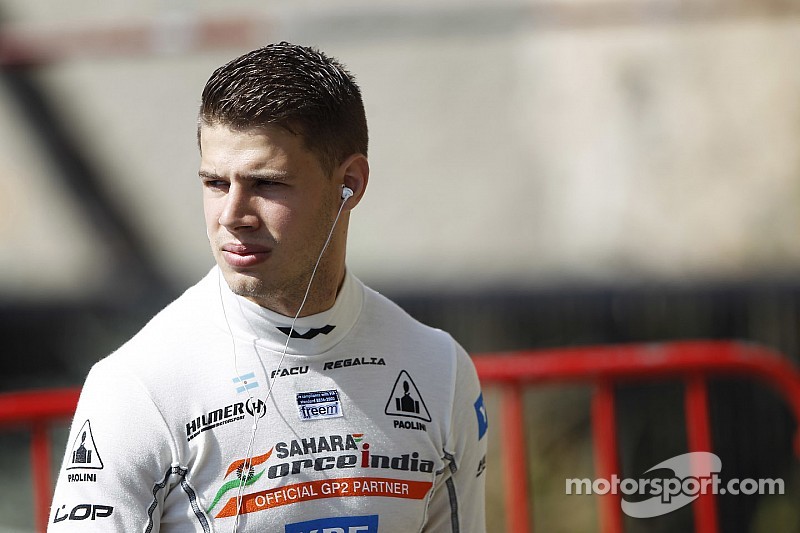 Argentina´s pilot Facundo Regalia has signed a contract in the last hours to drive for Zeta Corse. Thus Regalia will make his debut in the World Series by Renault, the series kicking off at Motorland Aragón (Spain) on 24-25 April.

Regalia´s performances in several European series played a key role to be recruited by Zeta Corse, a Russian team based in Valencia (Spain). Zeta Corse finished third in the drivers´ classification with Roberto Merhi, and placed fourth in the teams´ standings.

So, Facu Regalia confirms his participation in another classic and essential Formula 1 feeder series. Well-known drivers such as Sebastian Vettel, Heikki Kovalainen, Robert Kubica, Daniel Ricciardo, Jean-Eric Vergne, Jules Bianchi, Jaime Alguersuari, Kevin Magnussen and the last champion, Carlos Sainz Jr. – who will debut in F1 this season-, have driven in the World Series by Renault.

I am very grateful to Zeta Corse, thank you for the trust you have placed in me.

A nine-round calendar is planned for the World Series by Renault with two races per weekend with one exception, the event held in the streets of Monaco during the F.1 Grand Prix on May 24th. Then the championship visits other temples of motorsport such as Spa-Francorchamps (30-31 May), Hungaroring (13-14 June), Red Bull Ring (11-12 July), Silverstone (5-6 September), Nürburgring (12-13 September), Le Mans (26-27 September) and finally Jerez de la Frontera (17-18 October).

Next Monday Regalia will travel to Valencia, visiting Zeta Corse´s facilities and preparing everything for the first collective testing taking place at the Circuito de Jerez on 5-6 March. Later that month, a second collective test is scheduled, this time at Motorland Aragón on 25-26.

Facu Regalia: “Following seven months of intense work I can confirm my participation in the World Series by Renault. It is another season racing in Europe and joining such a fantastic F.1 feeder series with Zeta Corse, runner-up last year. It is an opportunity we must do everything in our power to seize, because drivers such as Vettel, Ricciardo, Alguersuari and now Carlos Sainz Jr., who was my rival in the GP3 Series two years ago, were added to its historic roll of honour. I am very grateful to Zeta Corse, thank you for the trust you have placed in me. Thanks also to Varlion, which is supporting me once again and my close working group always working tirelessly. This is a completely new experience for me, so I need to make the most of pre-season tests. 2015 is going to be a very important year for me, surely a crucial one”.