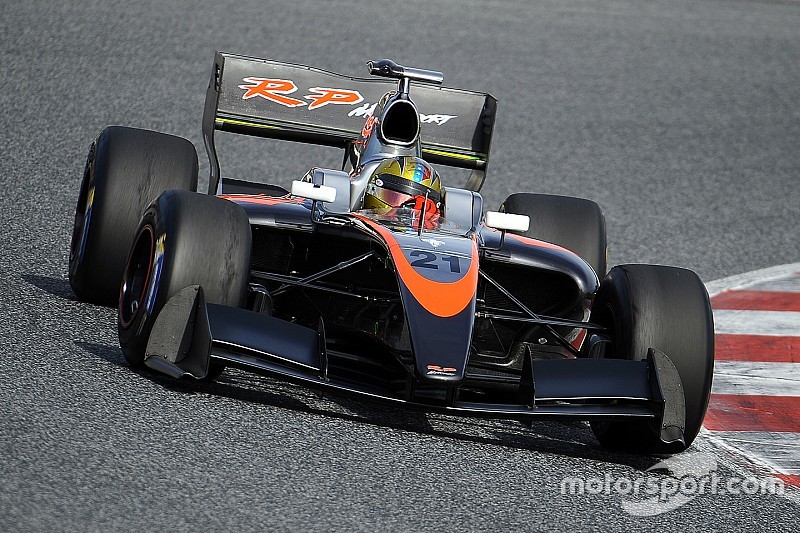 GP2 veteran Johnny Cecotto and Vitor Baptista will take part in the 2016 Formula V8 3.5 season with new team RP Motorsport, it has been announced.

Cecotto is currently the most experienced GP2 driver with 114 starts to his name, having spent five full-time seasons in the category between 2010 and 2014, and joined the field for 10 races last year.

The 26-year-old, who had said his career was over after failing to secure necessary funding from the Venezuelan government last year, took part in the first official pre-season testing at Catalunya last week.

He was 15th and 13th on Day 1 and 2 of the testing respectively, completing the running 1.1s off the benchmark time.

He will join perennial Euroformula Open frontrunner team RP Motorsport, which will debut in the championship this year, teaming up with rookie Vitor Baptista.

The 18-year-old Brazilian made his European racing debut last year and won the aforementioned championship on his first attempt.

RP Motorsport became the sixth team to have two drivers confirmed, with Teo Martin Motorsport only having one driver in Yu Kanamaru.

Strakka, Comtec and Durango, meanwhile, have all still yet to name their drivers for the forthcoming season.