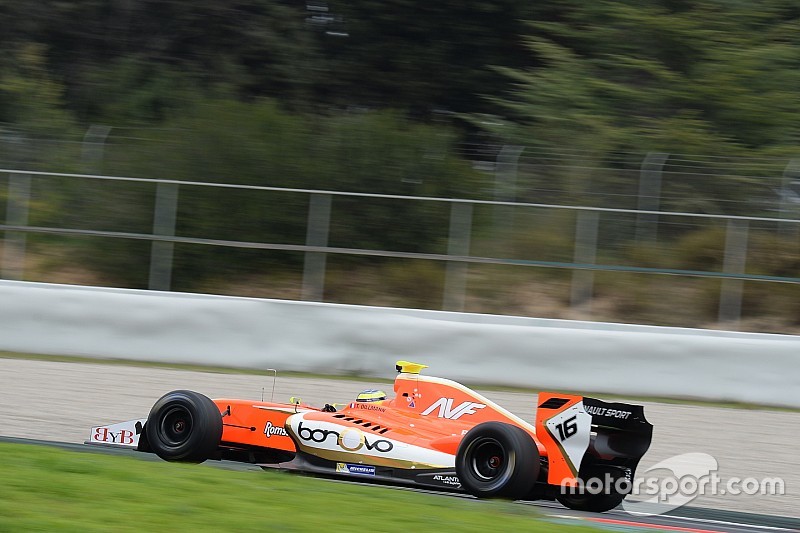 After the session was red-flagged early on due to Alfonso Celis crashing into the barrier, Vaxiviere led the way before the mid-session pit stops.

He was demoted by Egor Orudzhev but Aurelien Panis soon lowered the benchmark by two minutes on the drying track.

He improved on his final run as well but his rival Dillmann went 1.5s quicker with a time of 1m44.909s.

While his massive lead was quickly wiped out by Vaxiviere, the latter came up 0.02s short, allowing Dillmann to take his first pole since May.

Jack Aitken, who is spending his second weekend in the series, was among the fastest in the early stages but disappeared for the rest of the session, only to jump into third after the checkered flag fell.

Deletraz settled for fourth, just half a tenth ahead of Orudzhev.

The latter will share the third row with fellow Russian Matevos Isaakyan, followed by Aurelien Panis.

Rene Binder and Roy Nissany, two of seven drivers in mathematical contention for the title, only took 12th and 14th respectively.