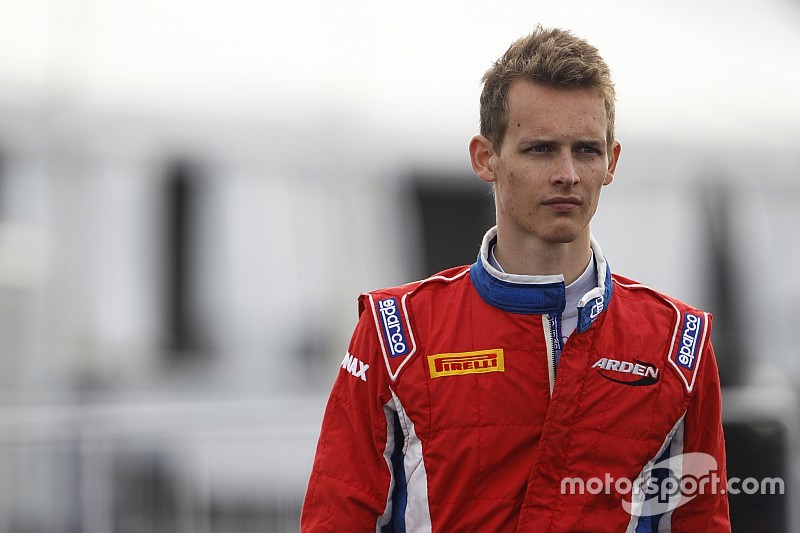 Emil Bernstorff and Johnny Cecotto will be among the names present in Formula V8 3.5's first official pre-season test at Circuit de Catalunya-Barcelona.

Cecotto, 26, is GP2's most experienced driver ever, with 114 starts and four wins across seven seasons to his name.

The Venezuelan announced the retirement from motorsport in September 2015 after his state backing was suspended – but was back on the GP2 grid a month later at Monza.

He ran with newcomer team RP in a private test in Catalunya earlier this month, alongside the team's Euroformula Open champion Vitor Baptista, with both reprising their roles in the official two-day test.

Meanwhile, Bernstorff, 22, finished fifth and fourth in his two seasons in GP3 and was tipped to move up to GP2 this year, but is yet to appear in any of the pre-season testing.

At Barcelona, the Anglo-Dane will turn up with Strakka Racing, accompanied by the series' only female driver Beitske Visser.

Visser has had a deal for 2016 announced with Pons, but the Spanish team's presence on the 2016 F3.5 grid appears in series doubt – and it's entirely absent from the Barcelona entry list.

The rest of the field are drivers confirmed in F3.5 apart from 2016, apart from two more new names.

Italian gentleman driver Giuseppe Cipriani, who raced in AutoGP in the recent years, will be driving the #20 Durango Racing Team entry, having reportedly bought cars from one of the 3.5 series' outgoing teams.

Finally, Matevos Isaakyan – who has a GP3 deal in place for 2016 – will partner Teo Martin Motorsport's confirmed driver Yu Kanamaru at Barcelona.