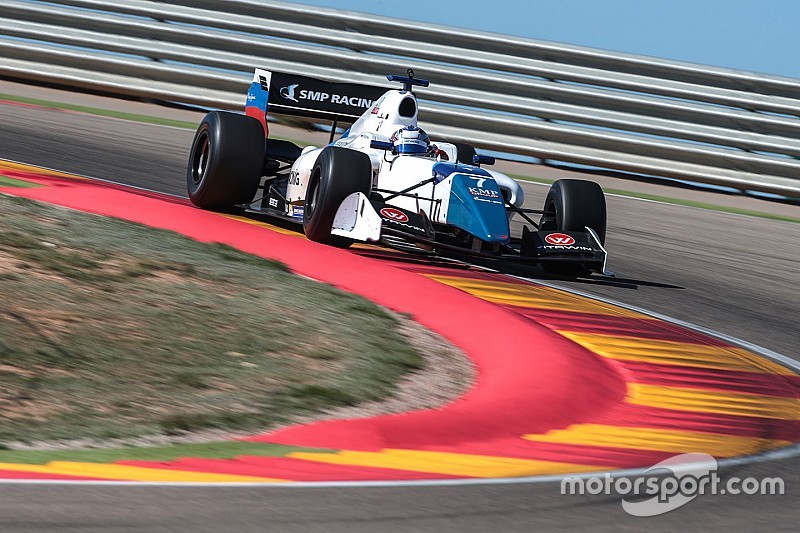 Orudzhev was the first driver to dip into the 1m40s laptimes in the session, albeit his benchmark was still off the FP1 pace set by Deletraz.

Despite that, nobody would match the Russian Arden driver during the first run of laps, fellow pre-season favourites Deletraz, Tom Dillmann and Matthieu Vaxiviere emerging as his closest rivals three tenths adrift.

After a mid-session lull as the field fitted new tyres, Deletraz responded with a lap of 1m40.807s to go a tenth clear of Orudzhev.

However, the Russian retook the spot almost immediately, recording a 1m40.731s, with Dillmann slotting in in second place, the trio split by a tenth.

With less than two minutes left, the pendulum swung back in Deletraz's favour, the Renault junior making a statement with a lap of 1m40.341s.

However, just as qualifying looked settled - and with Deletraz starting another lap with a session-best sector - Orudzhev went 0.013s quicker, which proved enough for pole as his Swiss rival failed to improve.

Dillmann took third, ahead of Yu Kanamaru, moving up the order with a last-gasp lap.

SMP driver Vaxiviere, who took a maiden FR3.5 win at the track last year, was only 10th.

Formula V8 3.5 preview: The dawning of a new era