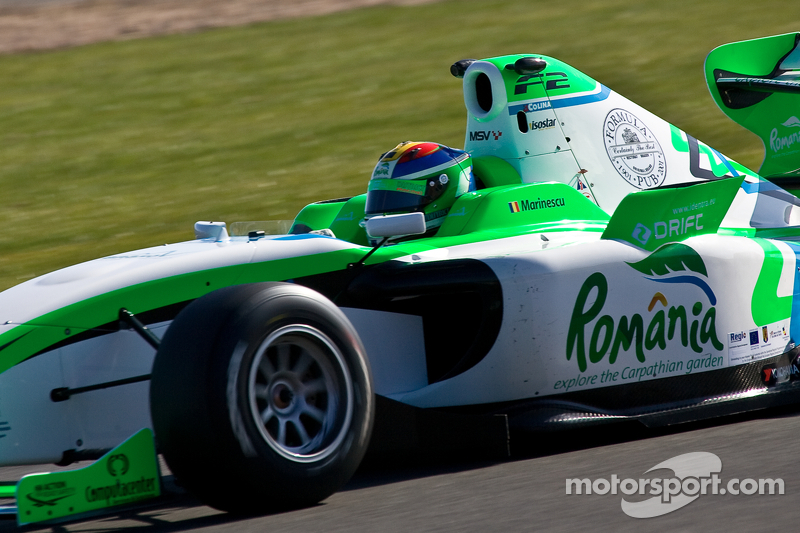 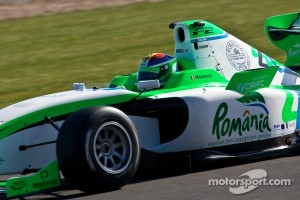 Mihai Marinescu will start from pole for today's (Sunday) second FIA Formula Two race at Silverstone with Swiss racer Alex Fontana alongside him on the front row.

In sunny but very cold conditions, the 23-year-old Romanian posted a best time of 1:46.734s - the fastest ever F2 lap around this 5.901km circuit - to just edge out Fontana with race one winner Luciano Bacheta in third.

It was Comma-backed Bacheta who set the early pace during the 30-minute session lapping in the mid 1:48s, with Mathéo Tuscher and Marinescu following closely behind. Zanella, who just lost out to Bacheta during Saturday's thrilling opening race, David Zhu and Fontana were all looking quick during the first half of the session before drivers pitted for fresh Yokohama tyres.

With 10 minutes remaining, drivers had five boost shots to utilise, an increase for 2012, with Fontana leading the way but only by the narrowest of margins as five thousands of a second separated the top five.

Marinescu then went top and the first to break the 1:46s barrier with the rest of the front runners unable to match him and hand him his second F2 pole position - his last being at Monza last year where he went on to secure his maiden victory.

Speaking afterwards Marinescu said: "I was very pleased with that lap. I think it was a good one but there is still room for improvement. Overall it was okay. I learnt a lot yesterday during the race and I won't make the same mistakes today."

Today's second F2 race gets underway at 14:05 (local time) with coverage on www.formulatwo.com