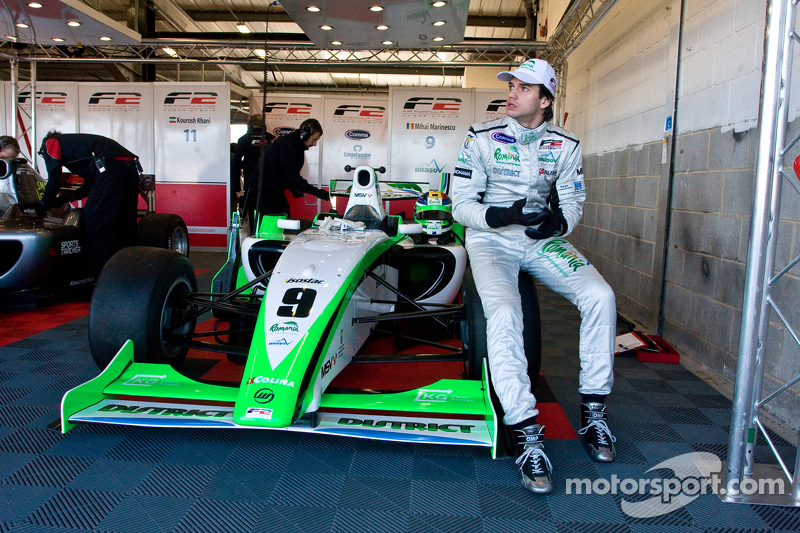 The 23-year-old Romanian set his best lap late in the session to just edge out championship leader Luciano Bacheta by 0.330s, with fellow countryman Daniel McKenzie securing a personal best in third.

The sun shone bright over the 5.148km track as the 30-minute session got underway with McKenzie setting a strong early benchmark lapping in the 1:46s - significantly up on the best time from yesterday's free practice.

Marinescu, Christopher Zanella and Alex Fontana were all looking P1 contenders too before the majority of the field pitted for fresh Yokohama tyres. Bacheta, meanwhile, stayed out on track and in clear air went even quicker than McKenzie to secure provisional pole.

Further down, German Markus Pommer, racing on home soil this weekend, and Mathéo Tuscher were still yet to set quick laps with less than 10 minutes remaining as Dino Zamparelli then went fifth with Mauro Calamia looking strong in P7, just ahead of Parthiva Sureshwaren.

At the top, Pole Kevin Mirocha then moved up to third with Fontana sliding into fourth and Tuscher still yet to set a competitive lap. A quick lap from Marinescu then put the Romanian top as Tuscher went fifth and leaving time for one more lap to improve as the top four headed to the pits. He was unable to go quicker though handing Marinescu his second pole position of the season with a time 1.5s quicker than 2011's pole.

At the flag, Mirocha secured P4 with Tuscher and Fontana behind him and 2011 F2 runner-up Zanella in seventh. In the end Pommer could only manage eighth with David Zhu in ninth and Zamparelli completing the top 10. Calamia finished P14.

Speaking afterwards Marinescu said: "It's a good place to start the first race. I just hope to maintain that position! It's difficult to tell how the tyres will react today but seeing the results from yesterday's free practice they should be ok. The wind is blowing quite hard here so it might affect the boost strategy for the race but I hope to pull out a big enough gap so no one is in my boost zone."