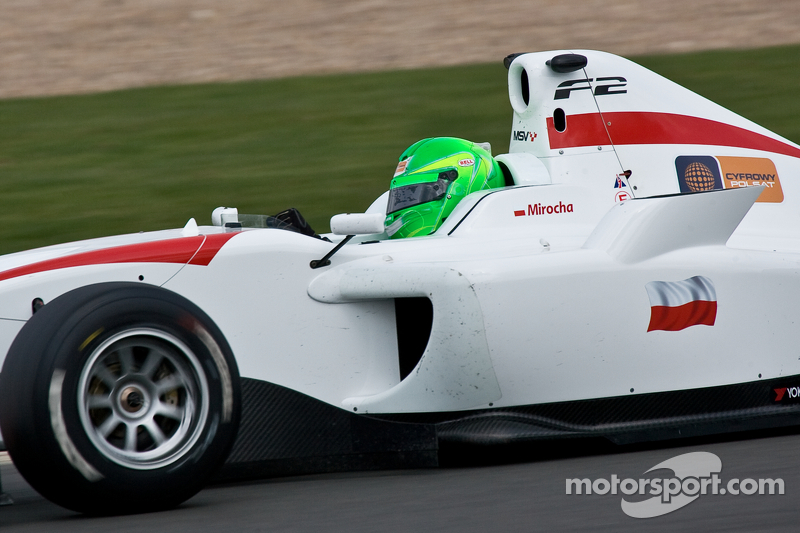 The 20-year-old Pole, who secured his maiden podium last time out in Portimáo, posted a best time of 1:47.581s, 0.895s quicker than his nearest rival Dino Zamparelli. Swiss teenager Mathéo Tuscher went third quickest for the session with Daniel McKenzie in fourth and newcomer Axcil Jefferies impressing in fifth.

Temperatures continued to soar for the start of the second practice session with Max Snegirev the first to dip into the 1:49s with David Zhu, Mirocha and Marcus Pommer all looking quick behind him.

Morning pace-setter Alex Fontana then moved to the top and into the 1:48s after 15 minutes and closing in on his previous best time. Mihai Marinescu, who endured a difficult weekend in the Algarve, then went P2 before being edged out by Hector Hurst. 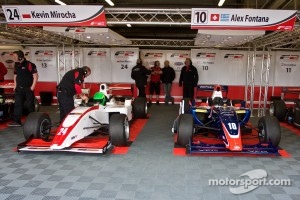 BRDC Rising Star Dino Zamparelli then had his time at the top with newcomer Axcil Jefferies showing just how quickly he'd adapted to the JPH1B F2 car by running fourth, before further improving with second.

Mirocha then hooked up a quick lap to go top and surpassing Fontana's best time from free practice one, with his lap remaining unbeaten for the rest of the session. By this stage McKenzie had moved up to third before he was edged out by Tuscher before a brief halt to the session following a spin by Zamparelli at Turn 6.

When it was resumed, few drivers were able to go quicker with Pommer finishing just outside the top five with Fontana seventh and Hurst in eighth. Swiss driver Mauro Calamia enjoyed one of his best performances with P9 while Marinescu completed the top 10.

Snegirev was unable to improve on his earlier pace in the session after going into the gravel at Turn 7.