Alfa Romeo says Zhou Guanyu has ticked all the boxes he needed to this year as the outfit ponders extending his Formula 1 contract.

The Chinese driver has impressed on his step up from F2 this season, scoring on his debut in Bahrain and adding further points in Canada.

And although his most famous moment of the year may well end up being his British GP crash, his performances behind the wheel at other venues have earned him high praise from his bosses.

Team chief Fred Vasseur said it was a must for Zhou to bolster Alfa Romeo’s constructors’ championship tally this year, as the outfit has to make a decision on sticking with the youngster for another year or going for another rookie like Theo Pourchaire.

Speaking to Motorsport.com, Vasseur was full of praise for the job Zhou had done – both in and out of the car.

“We had some targets at the beginning to go into Q2, to score points in the season and so on, and he is ticking all the boxes,” explained Vasseur. “So far he did Q2 at the first race and he scored a point in Bahrain. Then he was able to improve step by step, even though we had on all sides some issues with reliability.

“We didn’t tell him, but I am more than pleased that he scored points in Montreal because he deserved it. And so far he’s doing a perfect job.

“He’s doing a perfect job in the car but outside of the car also, because he is a very good team player, a very good teammate. He’s always bringing extra motivation to the guys, he has a positive attitude, and this for us is a good push.” 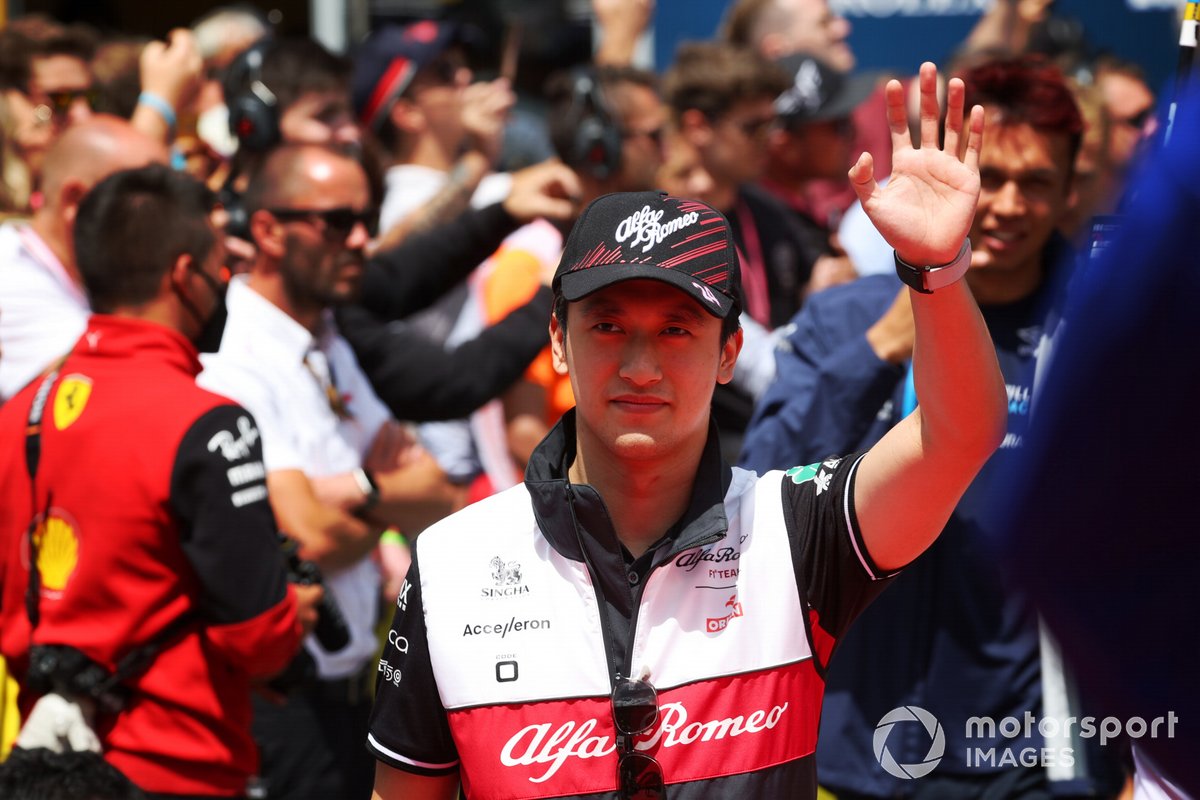 Vasseur said the need for both Alfa Romeo’s drivers to be battling for points was essential, but he denied that this heaped any more pressure on Zhou's shoulders.

“Pressure is not the right word, but at least stimulation,” he said. “For if you want to fight with Alpine or McLaren, we need to score points with two cars, this is mandatory. And also it’s a matter of stimulation and performance in the team, because Valtteri also needs someone alongside that is able to push him, to give him sometimes some shit.

“And for us, it’s also important to have the second car to play with the strategy and so. Again, I think on every single point he’s there. And even in terms of car development he’s now at the level that he can bring his own stone to the system, to have his own contribution.

“That’s an important step for us also, to have two cars scoring points.”

While Alfa Romeo has not settled on who will partner Bottas in 2023, Vasseur is clear that Zhou only needs to focus on doing the best job he can do to have his best chance of getting another deal.

“Everybody is more than pleased with what he’s doing today,” he said. “For me it’s a comfortable situation to have a couple of drivers in the pipe doing good results and so.

“But Zhou has to be focused on himself and focused on Zhou. I’m more than pleased with the job done.”