Alfa Romeo's Zhou Guanyu is conscious and has been taken to the Silverstone medical centre for further evaluation following a first corner accident at Formula 1's British Grand Prix.

Zhou, who had started ninth, was tipped over on the run down to the opening Abbey turn, and launched through the gravel trap towards the barriers.

There was no immediate information regarding the condition of Zhou, although medical crews were quickly on the scene to attend to him.

The crash was triggered by contact between George Russell and Pierre Gasly on the run away from the start. The Mercedes spun into Zhou on the left, who then rolled over and slid on the car's halo all the way to the catch fencing.

Russell later stopped at the first corner with his left rear tyre having been detached from the wheel.

Further back, there was a separate incident as the Williams of Alex Albon was pitched right in to the pit wall after being hit from behind by the Aston Martin of Sebastian Vettel.

Albon's damaged car was then struck by other cars as it spun to the outside, with Yuki Tsunoda and Esteban Ocon being caught up in the melee.

FIA race direction has since confirmed both Zhou and Albon have been taken to the medical centre for precautionary checks.

Alfa Romeo said "Zhou is conscious, he is talking, there are no fractures. Considering the circumstances, he is pretty good, pretty well." 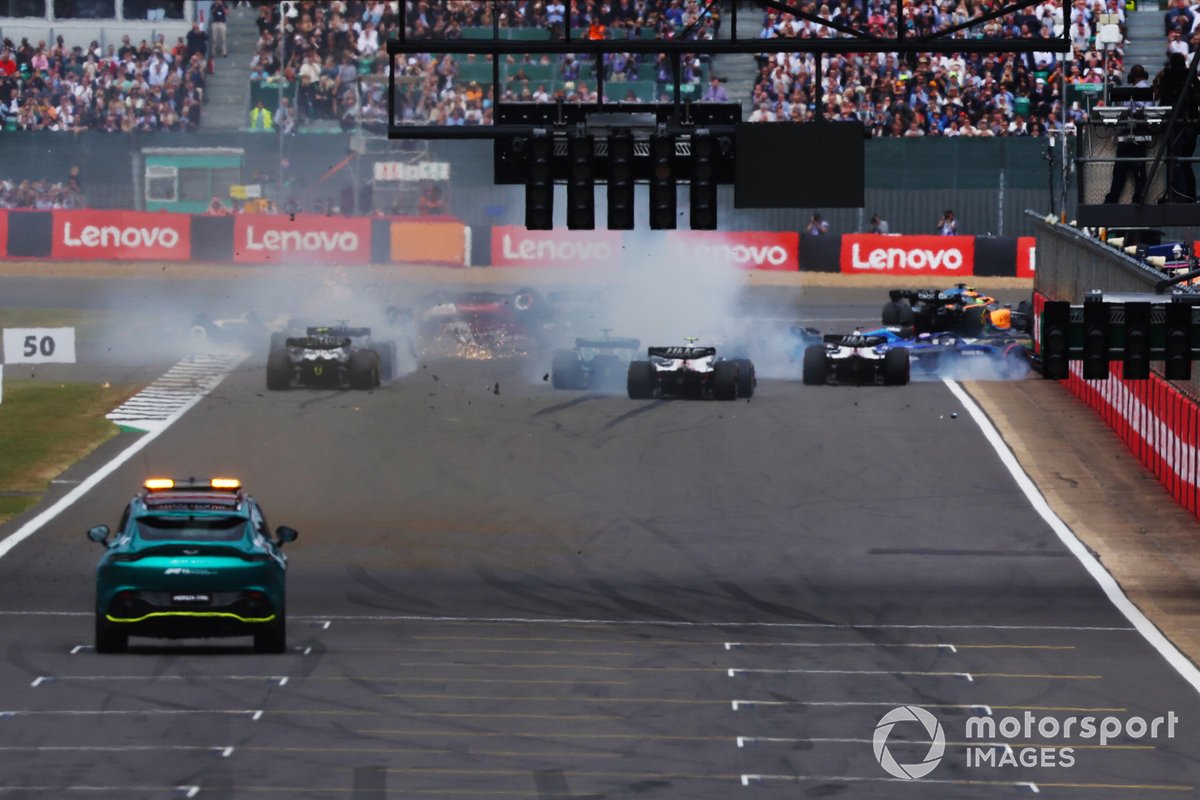 "The FIA advises that following the incident at the start of the race, emergency crews were immediately in attendance, and the drivers of Car 23 (Albon) and Car 24 (Zhou) have been taken to the medical centre," a statement read.

"Both drivers were conscious and will be evaluated at the medical centre. Further updates will be given in due course."

Further around the track, images appeared of protesters having invaded the track on the Wellington Track on the first lap following threats ahead of the weekend that they would do so.

A statement from F1 said: "We can confirm that after the red flag, several people attempted to enter the track.

"These people were immediately removed and the matter is now being dealt with by the local authorities."

The British Grand Prix as it happened