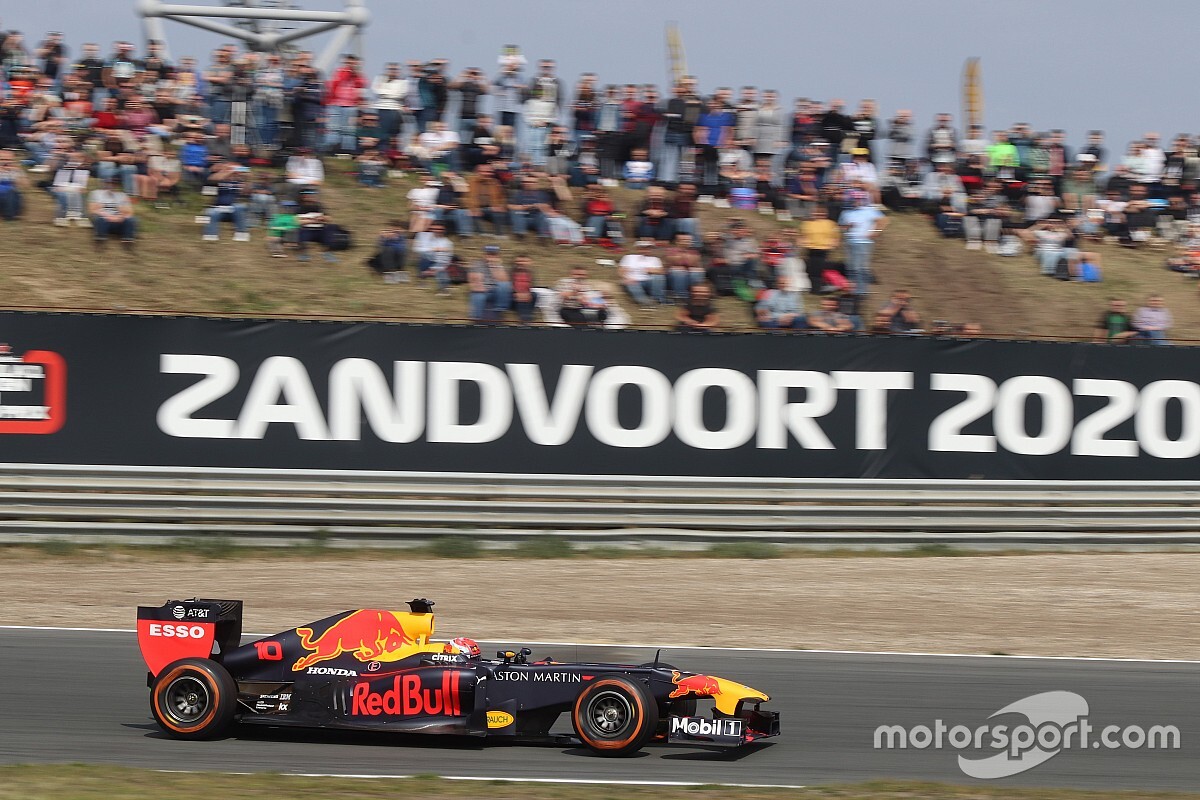 Dutch GP boss Jan Lammers says that Zandvoort will be ready to host an F1 race next May, despite the huge amount of work that still needs to be done.

Revisions to both the track itself and the venue's infrastructure have to be completed in time for the circuit's first world championship race since 1985, which has been scheduled for May 3.

The work is subject not just to approval of the work by the FIA but also by the local authorities, while the track's position in the dunes mean that there are environmental issues to be considered.

"There is still a lot of work to be done, but we are working hard on that," Lammers told Motorsport.com.

"And just like Max [Verstappen] doesn't wonder if he can handle a grand prix, we think we can handle all the work. So I think we're going to surprise a lot of people with the actual event next year.

"At the end of September you will see a lot of action here already. And at the beginning of October this will continue, so before we set up the Christmas tree a lot of work has already been done.

"All the plans are ready and from an architectural point of view it is something that our partners can easily carry out with their expertise. So next year at this time there will be a beautiful circuit here."

Lammers downplayed any suggestions about delays to the work.

"Without telling all Dutch people every single detail right now, Zandvoort is of course a trending topic. So the media want to bring news about that as well. And if there's no news, they'll look for it themselves.

"And of course you can always find something negative then. But we have nothing to worry about. The circuit will be ready next year on May 3. And I prefer to listen to people who know what's going on than to people who just shout something."

Regarding the circuit revisions, he said: "The FIA has yet to give its formal approval. But of course the FOM has a lot of experience with the FIA. So if they approve it and then submit it to the FIA, you can assume that the rest is a formality. We know the framework set by the FIA."

Lammers agreed that there will be challenges to be met as the circuit gears up for the race weekend.

"I think it is going very well, we are satisfied with the way things are going. Everything that happens at the moment still falls within the framework of the controllable. Of course, you can't know everything in advance, but we try to be as prepared as possible.

"Having said that, we are of course dealing with a municipality, province and government that are confronted with a grand prix they haven't hosted for the last 35 years. So everyone is confronted with challenges and has to get used to it again.

"But then you just have to treat everyone's agenda and responsibilities with respect. All of this is still going according to plan. So far so good. We don't think lightly about it at all, but I have every confidence that we will experience a unique grand prix here. It will be an absolute festival."

Monza not Ferrari's last chance to win in 2019 - Binotto