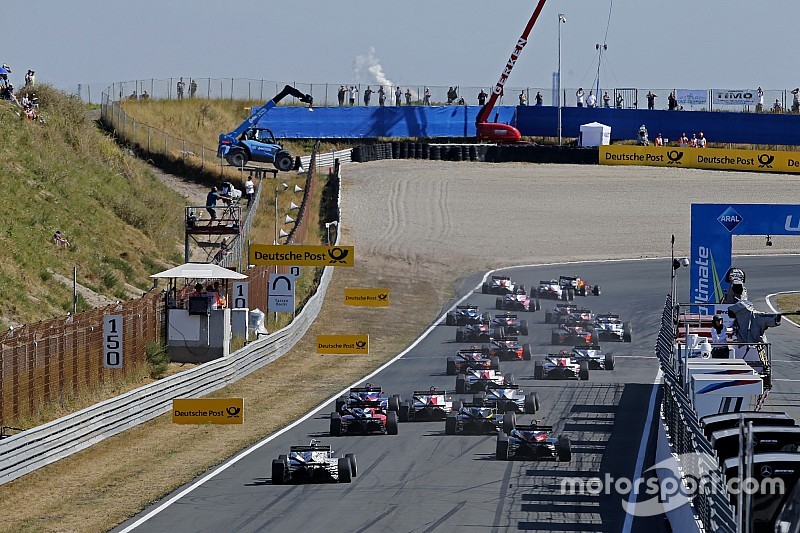 Dutch Grand Prix organisers are hoping that a revised final corner will contribute to increased overtaking opportunities at Zandvoort when Formula 1 returns to the circuit next year.

The changes to the Arie Luyendyk right-hander, which leads onto the pit straight and the run down to the heavy braking zone at the famous Tarzan first corner, are among a series of revisions that have been planned for the track.

They include a new shape for the Hugenholtz hairpin behind the pits, which has remained essentially unchanged since the track opened in 1948.

Many F1 drivers who have raced at Zandvoort in the past have indicated that passing will not be easy.

However, Dutch GP sporting director Jan Lammers, who has been racing at Zandvoort since he was a teenager, is convinced that the changes will make for better racing. He likens the new run on to the pit straight to that at Interlagos.

"The Gelachbocht, the open right hand corner, Turn 3 effectively, will get a bigger run-off area," Lammers told Motorsport.com. "Turn 4, the Hugenholtz hairpin up the hill, will have a wider inside, to make the corner more fluid, so it won't be a stop-start corner.

"The same thing will happen with the S-chicane, or the Hans Ernst Bocht. That will also become more fluid by putting more tarmac on the inside.

"And then the Arie Luyendyk Bocht will be accommodated exactly to his liking, as it will be a little bit more like Indianapolis, because it will be banked.

"It will be banked in such a way that you can go flat out with DRS open, and in that way we hope to encourage more overtaking for the Tarzan corner. It will be 17 degrees, so the corner will have the same character as the last corner in Brazil."

It is hoped that Zandvoort's short pitlane will encourage teams to make more pitstops than they would usually do, because the cost of stopping will be less than at most tracks, where for example the pit entry is before the final corner and stops take longer.

"The other big change to enhance overtaking will be the pit entry," added Lammers. "That will be made quicker. So we will have pitstops of maximum elapsed time 14 seconds. If we do that we hope that we can create three-pitstop strategies.

"And as we all know it's the pitstops and the confrontation of old tyres versus new tyres, that is what creates the overtaking. That's why the philosophy around the pitlane has changed.

"Also the start/finish is moving a little bit forward, towards Tarzan, to make sure that in front of the main grandstand you can see the whole field."

Lammers acknowledged that the lack of run-off around much of the track will contribute to the challenge.

"It's a track that is going to be very unforgiving of course. But we've seen that in Baku, and we know that from Monaco, that one mistake and your race weekend can be over.

Interlagos gets boost in bid to stay on F1 calendar