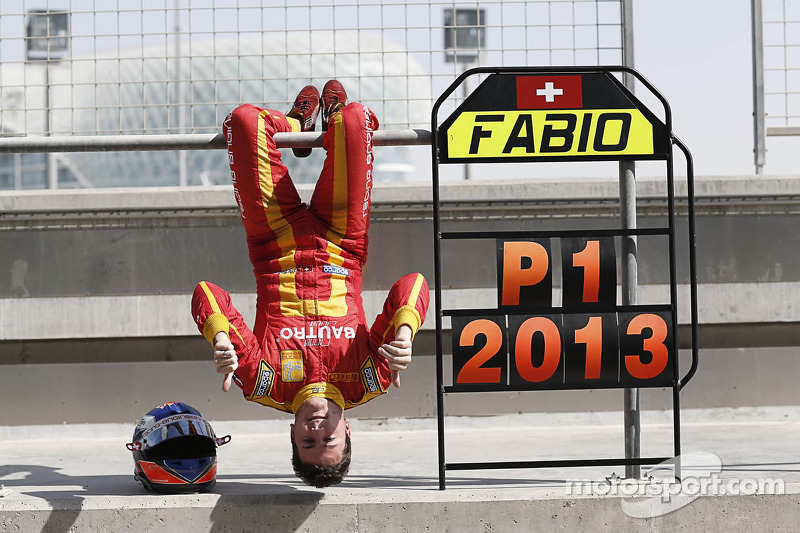 It appears that $14M is not enough anymore to buy a Formula One seat, even in a second-tier team. And even for a GP2 champion.

May 5 (GMM) Even with $14 million in his hand, reigning GP2 champion Fabio Leimer could not buy his way into Formula One.

The 25-year-old Swiss, who will instead race sports cars in 2014, was healthily backed by his wealthy long-time sponsor Rainer Gantenbein.

The veteran correspondent for Blick newspaper, Roger Benoit, claims Gantenbein offered Sauber almost $14 million in exchange for one of the Hinwil based team's race seats this year.

But Leimer has reportedly told some insiders that Sauber's counter-proposal was no less than $28 million -- slightly less than what Esteban Gutierrez's Mexican backers pay.

Instead, Sauber signed the experienced Adrian Sutil to be Gutierrez's new teammate.

But Benoit claims that Sutil's seat for 2015 is in doubt.

He said reserve driver Giedo van der Garde and his Dutch sponsors are promising "many millions" to Sauber for a race seat next year.

A sign the 29-year-old van der Garde may even have a "preliminary agreement" with Sauber is the fact that not only will he be in action on Friday morning in Barcelona, but also during the post-race test at the same Spanish Grand Prix venue.