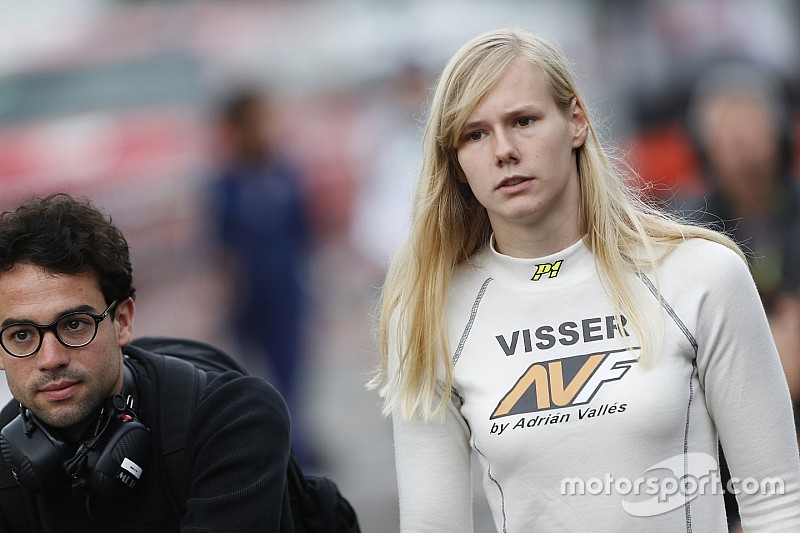 Visser, a former Red Bull junior and a race winner in the German ADAC Formel Masters championship, is continuing to pursue a future in Formula 1.

However, while she is certain that a female driver could do well in F1, the Dutch racer insists that the sport shouldn't go overboard in trying to get women racing.

"I think it absolutely is possible for women to do well in F1," Visser told Motorsport.com.

"It is true that at the moment there are more men than women who are doing well in racing, but we also have more boys than girls who give it a try.

"Of course it would be nice if we had more girls on the grid. But it has to be something they want for themselves.

"We have to make sure that these girls aren’t pushed, but that they start racing because they genuinely like to do so."

All-female series could "lower the threshold"

Visser was less critical of the idea of an all-female series than many of her peers, but stressed this should not mean that women would not be able to compete for F1 seats.

"A separate championship might be a good way to lower the threshold for women," she said. "But it still has to be possible for women to reach the ‘real’ Formula 1.

"My goal is to be the best of everyone and, to reach that, I also need to be able to beat the guys.

"There are a lot of people who think that a woman can’t make it in racing, but that’s a prejudice. It would be great if I could be the one who could do away with this prejudice.”