Mercedes boss Toto Wolff labelled his team’s performance in qualifying for the Belgian Grand Prix as unacceptable, and the worst he had experienced in Formula 1 for a decade.

Just one race one on from George Russell’s shock pole position in Hungary, Mercedes has found itself unable to find answers as to why it is so off the pace at Spa-Francorchamps.

On a weekend when grid penalties for a number of front runners have given Mercedes another good shot of going for the win, Lewis Hamilton and George Russell ended up just seventh and eighth fastest.

But of more concern was the fact that Hamilton was a whopping 1.838 seconds slower than pace-setter Max Verstappen's Red Bull.

Wolff said that such a dramatic turnaround in fortunes for Mercedes since Hungary was not something that sat easy with him.

“You can't be on pole three weeks before, albeit for very different conditions, different track, and then be 1.8 seconds off the pace at the next one,” he said. “So there's something which we totally don't understand, or seem to get right.

“Clearly, Red Bull is here in a league of their own, as the next Ferrari is eight tenths off. But that is no consolation.

“It's for me the worst qualifying session that I had in 10 years. And irrespective of what positions we're going to start tomorrow, being on pole the previous weekend and three weeks later being nowhere, it's just not acceptable for ourselves.” 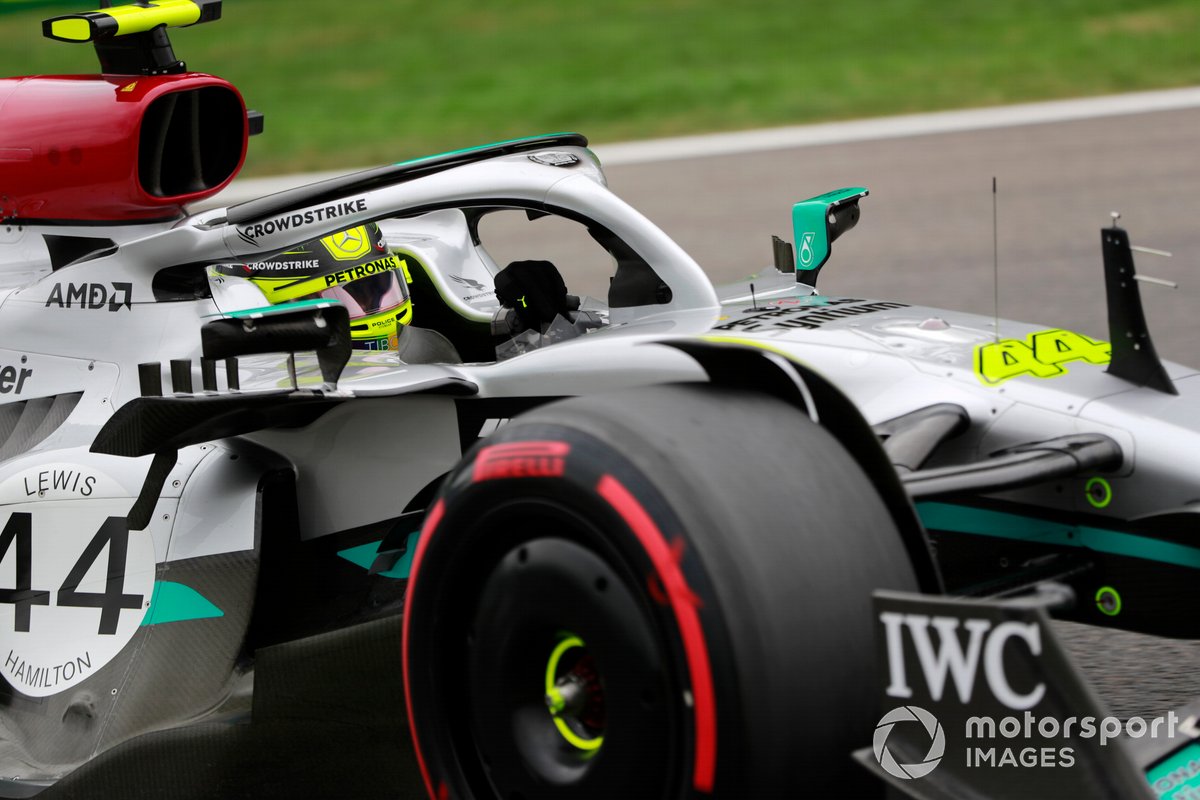 Hamilton, who will line up fourth on the grid thanks to cars that qualified ahead of him having engine change penalties, said that he was struggling for an explanation as to what had gone wrong.

“I never thought it would be two seconds off. It is way, way worse than I thought,” he said.

“I’ve tried a lot of things and it is surprising to see us [so far off]. Maybe they’ve moved forward, I don’t know if they’ve got upgrades or not but it is difficult.”

Wolff echoed that there had been no obvious answer for why Mercedes was so slow, as there were a number of factors coming in to play.

“I mean, if we would understand, we could tune it,” he said. “But the car is draggy in a straight line. Lewis said it was like dragging a parachute behind him.

“It is unstable on the rear. It understeers through [Turns] eight and nine. It bounces through the high-speed and gives no confidence.

“I mean, there is not a positive that I heard about how the car performs here this weekend and throughout the weekend. So I think now it's time to consolidate and decide what to do next year.”