Wolff to 'resolve conflict of interest'

Mar.11 (GMM) Toto Wolff has admitted owning shares in Williams whilst working as F1 rival Mercedes' director is a "conflict of interest". 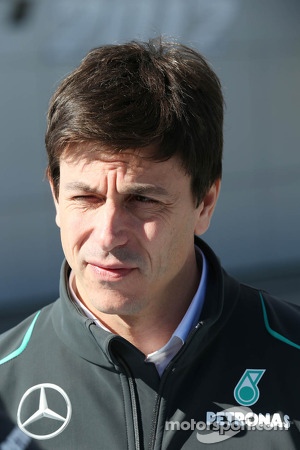 The 41-year-old Austrian changed teams over the winter, relinquishing his active role at Williams and buying into Brackley based Mercedes.

But Wolff, whose wife is the Williams test driver Susie Wolff, still retains part-ownership of the Oxfordshire based team.

"The situation is certainly not the way I want it," he told Der Standard newspaper.

"I no longer have an operational role (at Williams), but still it's not ideal.

"I need to deal responsibility with the shares and not just sell to anybody.

"I'll try to resolve this conflict of interest as soon as possible," added Wolff.