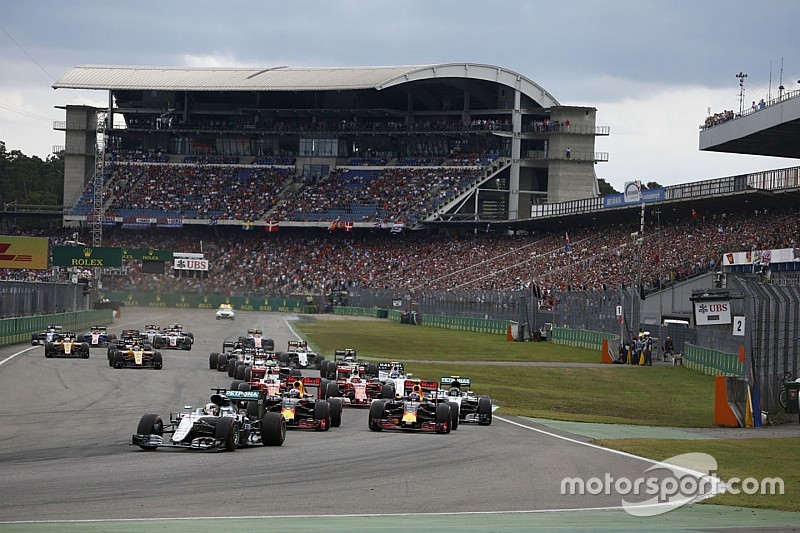 Toto Wolff says that Mercedes won’t step in to try to save the German GP, despite the event’s obvious importance for the Stuttgart manufacturer.

Bernie Ecclestone has made it clear that next year’s event, listed as subject to confirmation on the 2017 F1 calendar, is still under threat – even going so far as to say that he would bet on it not happening.

The F1 boss also said that he would not be prepared to offer Hockenheim the deal that it had this year, when the race returned after an absence of one season.

“I think it’s not up to us to make the race calendar,” Wolff told Motorsport.com. “It’s Bernie’s call, and we’re not involved in any discussions around the German GP or any other Grand Prix.

“I don’t know if it will disappear. It is an important race for us, because it’s home turf, but there is nothing more we can do. We don’t want to get involved in any race calendar things.”