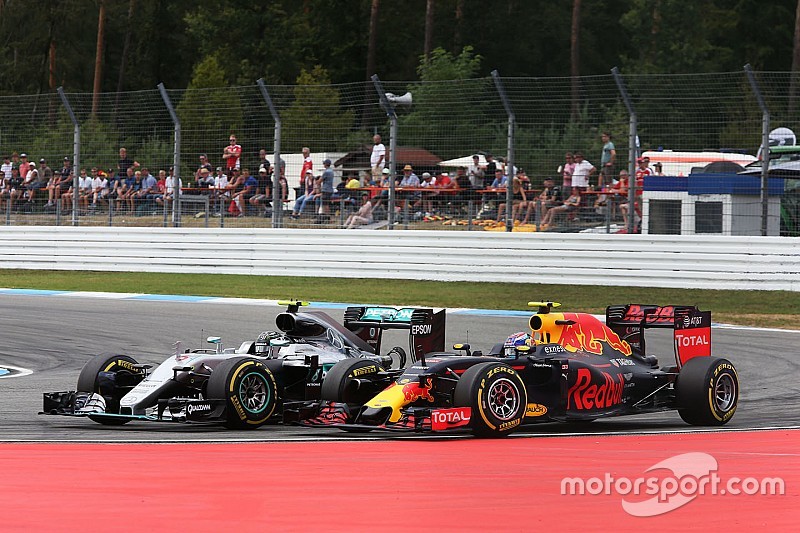 Mercedes boss Toto Wolff says Formula 1 is still lacking consistency with its penalties after Nico Rosberg was punished for his incident with Max Verstappen in the German Grand Prix.

The Mercedes driver was handed a five-second time penalty after pushing Verstappen off the track when passing the Dutchman at the hairpin as they battled for third place.

Wolff reckons that other drivers have pulled similar moves in the past without being penalised.

"People get pushed out of the circuit all the time," Wolff said. "One is being penalised, the other not.

"So this is what I mean with inconsistent penalties. What's the remedy? I don't know.

"We want to see hard racing, but I can sympathise with a five-second penalty. Not that I am not saying it is completely wrong, it is just important to know if and when and what the penalty is."

Red Bull boss Christian Horner, meanwhile, says the fact that the onboard replay showed Rosberg did not try to make the corner played against the German, despite the cars not making contact.

"You can argue it is a racing incident, but I think if he had locked up all four wheels and there had been a puff of tyre smoke, and so on, maybe he would have got away with it," Horner said.

"The problem is it looked like he stopped and then kept going, as if he was off to Cologne, so that is probably what caught the attention of the stewards. That is down to them, not us."