Wolff: Mercedes not accepting F1 title is slipping away

Toto Wolff believes there is still “all to win” for Mercedes in the Formula 1 title race despite its Mexico defeat to Red Bull, denying the championship is slipping away.

But Red Bull bounced back in the race as Max Verstappen scored a dominant win, finishing 16 seconds clear of Hamilton, who clung on to second place ahead of Sergio Perez in the sister Red Bull car.

The result saw Verstappen extend his drivers' championship lead over Hamilton to 19 points, while Red Bull drew to within one point of Mercedes in the constructors' standings thanks to its double podium.

By failing to finish ahead of Verstappen in any of the last three races, Hamilton has seen a slender championship lead turn into a deficit of almost one race win, handing Red Bull the momentum entering the final four races.

Mercedes F1 chief Wolff made clear that no-one in the team was accepting that the championship was slipping away, citing its dominant pace in Turkey as proof of its strength.

"I'm a pretty realistic person, but I love motor racing, because anything can happen," Wolff said.

"None of us are ever going to leave this circuit with the mentality of this is going away from us.

"There's four races to go, there's four wins to take, four DNFs to suffer. And we will just continue fighting.

"We know we have a great team. Our car was exceptionally good in Turkey. And I think we have all to win.

"But when you look at the mathematically probability, obviously I'd rather be 19 points ahead than behind. But it is what it is." 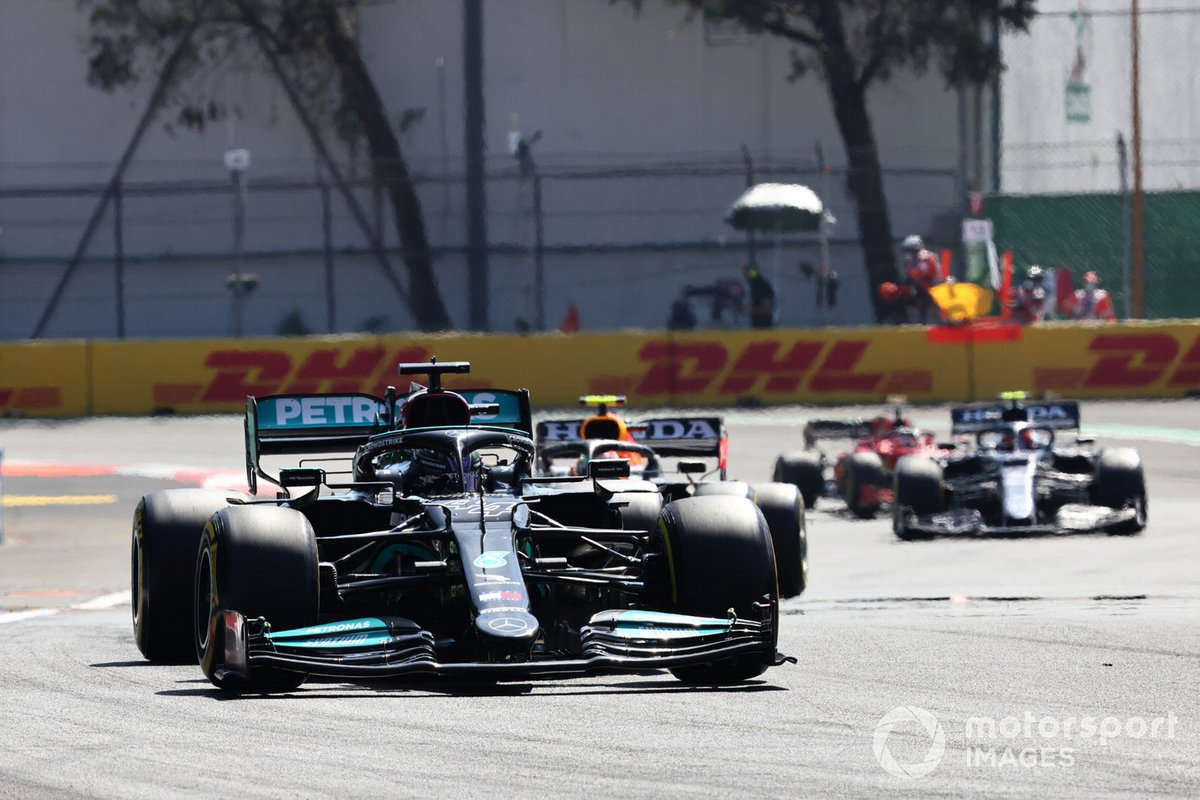 Asked if he felt he had to win in Brazil to stop Verstappen pulling more than one victory's worth of points clear in the standings, Hamilton said: "I naturally feel I need to be winning every race.

"We need those extra points, not to lose those points, to try and regain - that was the goal going into the last race and the race before that and before that and here this weekend.

"But you know, they're just too quick, so [we're] giving it absolutely everything we've got, but unfortunately it's not enough at the moment to compete with them."

As well as seeing Hamilton's title hopes take a knock in recent weeks, Mercedes has seen a 36-point lead fall to just a single point in the space of two races.

Despite the increasingly positive title outlook for Verstappen, Red Bull team boss Christian Horner made clear there was no feeling within his camp that the championship was within its grasp.

"No, look, there are still 107 points available, so there's a long way [to go]," Horner said after the race in Mexico.

"Reliability is going to play a crucial role, maximising every weekend [with] strategy [and] pitstops.